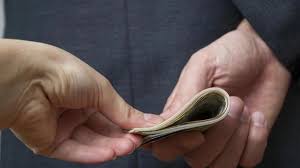 The Vigilance Investigation Bureau (VIB) lodged a case on Monday against Bihar Public Service Commission (BPSC) member Dr Ram Kishore Singh for demanding Rs 24 lakh from a candidate to ensure his success in an interview six months ago.

One of the successful candidates, who went for an interview after qualifying in examinations held in 2018 for recruitment of deputy collectors and deputy SPs, had lodged a complaint soon after the interview.

Singh, a former BJP MLC, resigned from the Commission citing “personal reasons” on Monday, hours before the FIR was lodged. He also denied the charge.

The VIB had earlier sent voice samples and call details records of Singh and his associate Parmeshwar Rai to the CFSL in Chandigarh, where they matched.

Singh, currently posted as a professor in Patliputra University, was a BJP MLC for six years before being appointed as a member of the Commission in 2014. His tenure at the BPSC would have been complete in June 2020.

VIB DIG Shankar Jha said the FIR had been sent to the special vigilance court.