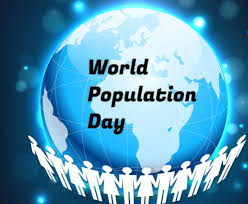 In a bid to boost awareness among poor and people living in congested areas about family planning, Young Men’s Christians Association (YMCA), Ranchi and Medica Hospital Ranchi organised a seminar on occasion of World Population Day on Thursday.

Addressing the gathering at the seminar Consultant, Medica Hospital Snigdha Choudhary said that United Nation has announced July 11 as World Population Day. “Population across the world is growing with rapid pace. What will be effect if the population will grow with same pace? It will result in water scarcity, land scarcity and deforestation of forests, air and water pollution, starvation and health problems. We have to promote family planning to combat aforesaid problems caused by rapidly growing population,” she added.

YMCA, General Secretary, Chonham Kujur said that the organisation is trying to increase awareness among people living in highly congested areas and poor because such kinds of people are not getting benefit of family planning. “YMCA is indulged in family planning and increasing awareness among masses about this since last 45 years. A large numbers of people have been benefited by the awareness drive run by the organisation.  We call women residing in those areas to give information about family planning and we appealed them to spread these information among other women also,” he added.

In another programme organised by Jharkhand Rural Health Mission, Health Director, Vijay Shankar Das said that population is increasing rapidly after so many efforts. It is fact that people become aware through education about it. There is eagerness among un educated families to provide education to their children. Main objective to celebrate Worl Population Day is to spread awareness among masses about population growth and the danger caused by it,” he added.

World Population day is an annual event, observed on July 11 every year, which seeks to raise awareness of global population issues. The event was established by the Governing Council of the United Nations Development Programme in 1989. It was inspired by the public interest in Five Billion Day on July 11, 1987, the approximate date on which the world’s population reached five billion people. World Population Day aims to increase people’s awareness on various population issues such as the importance of family planning, gender equality, poverty, maternal health and human rights.

The day was suggested by Dr KC Zachariah in which population reaches Five Billion when he worked as Senior Demographer at World Bank.