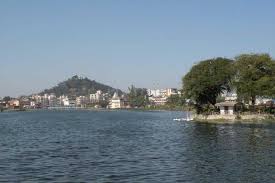 The beautification work of Ranchi Lake, popularly known as ‘Bada Talab’, which has been underway for a long time now is being accelerated, said Deputy Mayor of Ranchi, Sanjeev Vijaywargiya.

The proposal to complete the work was scheduled pre-monsoon, by March end of this year, yet no substantial on site development can be witnessed. “We have come up with a budget of Rs 3.5 crores for the project and aim to develop the lake with advance technology, Sewage Treatment Plant (STP) for all the sewage and drain water that is discharged in the lack causing water contamination,” said the Deputy Mayor.

A request for proposal will be floated within this week said Vijaywargiya. The work for the STP will start from September and would take about six to eight months for its completion. Water purification and development of a horticulture park around it also included in the project. The park along with the bronze statue of Vivekananda that was established earlier this year will be handled by the Tourism Department of the State.

The plan to undertake the beautification project for the lake has been on the RMC’s checklist from 2016. With intervention from the CM’s side this year the initial plan was to complete the work before monsoon so as to ensure recharging of ground water and rain water harvesting. “We have already decided to cut 10 per cent of the contractor’s payment due to the delay and are committed to ensure the project proves to be good quality work in due time,” told Vijaywargiya.

“We are looking forward to the renewal and beautification of the lake, we wish to see the iconic lake of Ranchi develop as a tourist spot. It is also important from the perspective of water conservation as we are going through major water crisis in the leading cities of our country,” said Manoj Kumar, a resident near the lake.

The other projects in process for the Ranchi Municipal Corporation includes road expansion of about 10-15 feet from Rotary Park to Laxmi Narayan Mandir in Upper Bazaar, pathway – eatery joint and park development around the Yoga centre present there, collaboration with Maheshwari Samiti in the Annapurna Yojna to provide food Rs.10 per plate with parking and seating space.