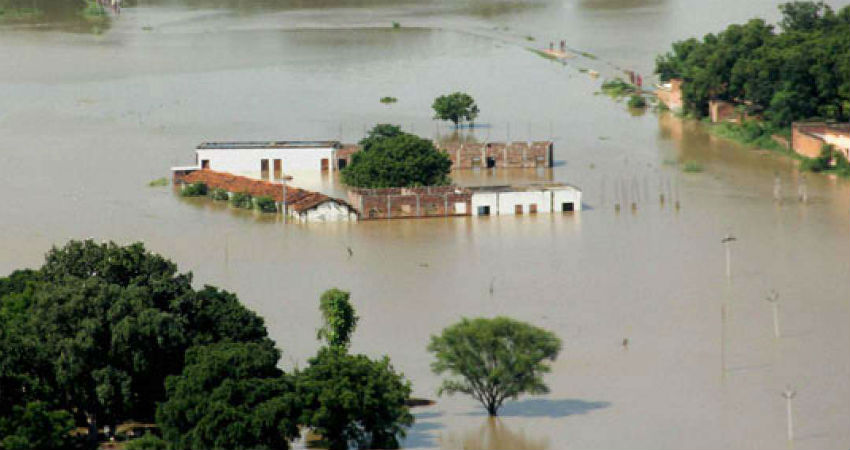 Moderate to heavy rains with one or two very heavy spells of Monsoon rains have been lashing the state of Bihar since the last two to three days. These rains have triggered some intense flooding in many districts of the state. The adjoining parts of Nepal too have been reeling under flooding rains for the last many days now. Also, these have resulted in swelling of many rivers.

Places right from Pashchim Champaran to Sitamarhi, including Araria, Kishanganj, Arwal, Aurangabad, Banka, Begusarai, Bhagalpur, Bhojpur, Buxar, Darbhanga, Gaya, Gopalganj, Jamui, Jehanabad, Kaimur (Bhabua), Katihar, Khagaria, and Siwan are experiencing flooding rains at present. Moreover, no relief is expected from such conditions for at least next two to three days. In fact, flooding may worsen in some areas due to continuous heavy downpour.

For the next 48 hours, we expect moderate to heavy with a few very heavy spells of rain and thundershower activities in many parts of Bihar. Thereafter, rains will slightly taper over the region. This is because, the present Trough will start shifting south, thus initiating good rains over the southern districts of Bihar. By this time, rains will reduce in other districts of the state, thus leading to a marginal relief from the flood-like situation.

Skymet has been continuously tracking the weather activities going on over and across the state and thus has been giving weather alerts on a constant basis in order to help the residents, escape this danger. And as more heavy rains are expected to lash the state, localitesare advised to take due precautions.