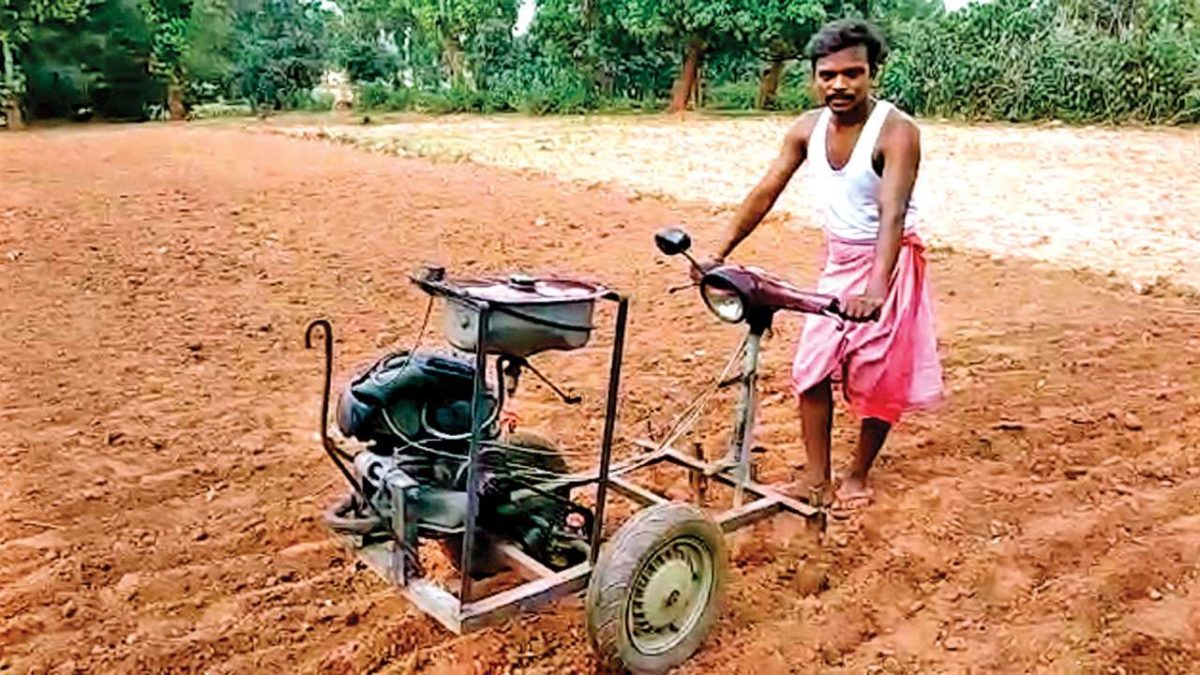 A farmer from of Hazaribagh district of Jharkhand has built a plough with ‘jugaad’ technology.

This equipment made with the help of the engine of a discarded scooter is making a splash in the whole area.

Located 40 kilometres from Hazaribagh, Unchaghana village of Tathizharia area is now the talk of the town as one man’s resolve to overcome his problems through homemade, self-thought technology invited praises and admiration.

People from the district often migrate for jobs due to lack of opportunities here, and Mahesh Karmali was no exception. He went to Chennai to earn a living in a Bajaj workshop.

However, Karmali had to return home as he couldn’t secure a permanent job in metropolis for not having a high school certificate. Though he owns farmland, he had no plough or bulls to till the land. He couldn’t afford to buy those for more than Rs 50,000.

A tractor was beyond his dreams and after a long thought, Karmali decided to make a plough for tilling all by himself. He bought a second-hand scooter from a friend and improvised it to a plough for nearly Rs 6,000.

His wife is very happy with his success and says that now it is very easy to do farming. “For less money, the entire farm gets tilled and time is also saved. I’m able to give more time to my children and household.”

Karmali’s innovation has caught the attention of farmers from many villages and they are coming to see this plough with some also willing to buy. They are driven by the cost advantage of the plough over tractor or bulls and the work efficiency of the device.

Karmali’s innovation can be beneficial for the hilly regions of the state and can be a boon for farmers if such techniques are supported and promoted by the government.