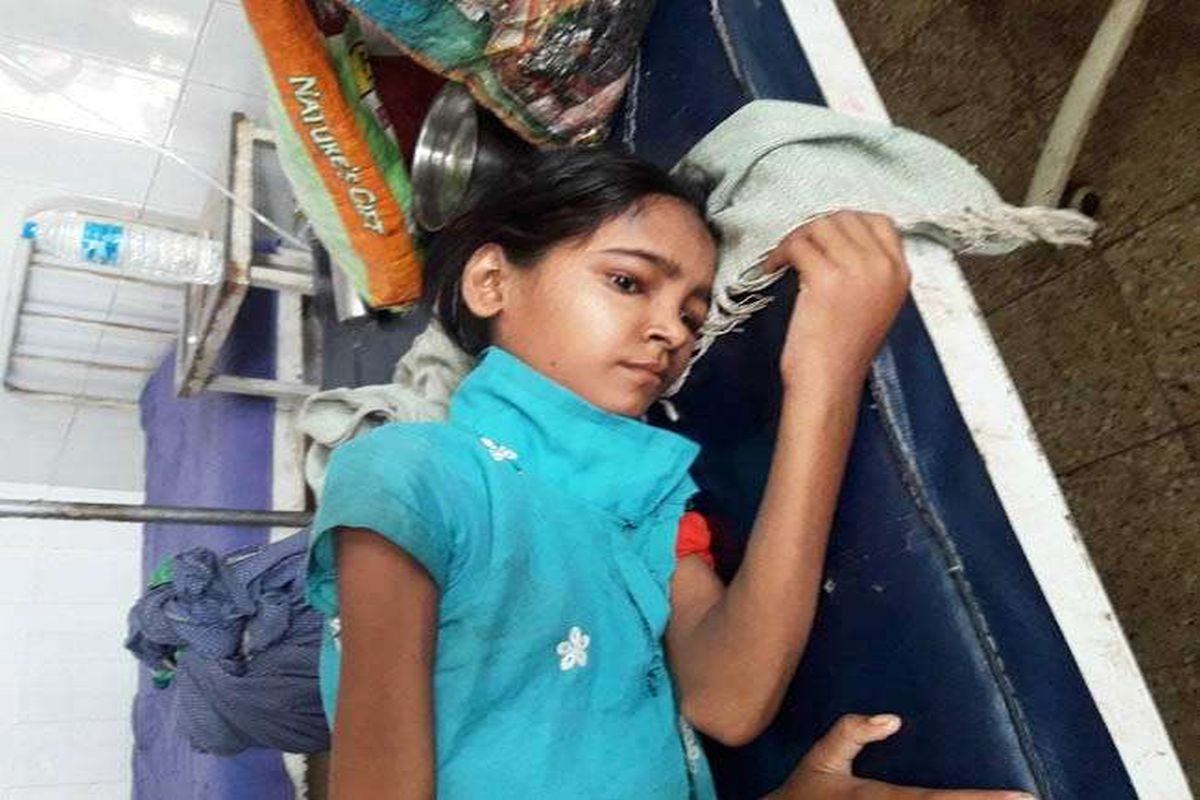 Help has started pouring in for 16-year-old Kanchan Kumari who is battling for life at a government hospital in Bihar’s Sheikhpura district following kidney failure. Kanchan’s parents’ had refused to donate their kidneys to save her life saying that she “is a girl”. Doctors say that both the kidneys of the girl have failed and she requires an immediate kidney transplant to survive.

Soon after The Statesman reported this story on 27 July along with the photograph of the talented, hapless girl lying on the hospital bed, many Samaritans from across the globe contacted this correspondent through Facebook and offered monetary help to the girl.

One of them was Charley Nordin, a man from Oakland, California, United States. He messaged, “Hi, I read your article about the girl who needs a kidney transplant. I would like to donate, please help me get in contact with the family and start this process to save her life.” Nordin sent this message to this scribe through Facebook messenger.

Likewise, the Indian Institute of Technology (IIT), Kharagpur has approached The Statesman looking for the contact details of the girl so that immediate help could be provided to the girl. Many benevolent persons from Kolkata also contacted The Statesman office on Monday and sought for girl’s contact details to provide help for the same.

Apart from them, a local youth, identified as Gautam Kumar, has come forward for help and offered to donate one kidney to the girl, a resident of Avgil village under Sadar block in Sheikhpura district, some 113 km east of Patna.

Kanchan, whose kidneys have failed, is eagerly awaiting donors so that she can survive. What is distressing is that her parents have refused to donate their kidneys on the ground that she is a girl. “Who ones will donate his/her kidneys? She is a girl,” her father Ramashray Yadav has said on the record.

When asked why he nurses such feelings towards someone who ironically is their daughter, the girl’s uncle cited different reason behind it. “My cousin (Ramashraya Yadav) is the sole bread earner of his family of seven. If something went wrong with him after donating one of his kidneys who will take care of his family?” asks girl’s uncle Upendra Kumar Yadav. The girl is the eldest of the five children.

Kanchan had appeared for the matriculation examination from a local government girl’s high school this year. Her joy knew no bounds when she passed the examination in the first division.

Life took a sharp turn soon thereafter. Hardly had the celebration ended when she fell seriously sick. Subsequently, her parents took her to the local hospitals in the town and then at the Indira Gandhi Institute of Medical Sciences (IGIMS), Patna for treatment. Subsequent tests conducted on her confirmed that both her kidneys had failed.

With no money to pay for her kidney transplant, the parents rushed Kanchan back home in Sheikhpura and admitted her to the local Sadar hospital, the main government hospital in the district. According to the parents, the doctor told them that apart from the kidneys, the whole surgery would cost Rs 5 lakh. They say that they are too poor to arrange for the required amount of money.