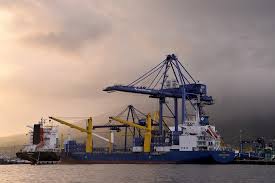 Jharkhand Urban Infrastructure Development Company Limited (JUIDCO) proposed infrastructure development projects worth Rs. 1850 crore to private investors under Public-Private Partnership (PPP) policy framework in a summit held in a hotel here on Monday. Under the proposed plan, ISBT, bus stations, and market complexes are to be built in three important cities – Ranchi, Dhanbad, and Jamshedpur. Investors from Ranchi and Gujarat were present in the summit.

A total of 5 bus terminal projects are to be built in Ranchi, Jamshedpur, and Dhanbad. Ranchi is to get a new bus station in Dubaliya, and the Khadgarha bus stand will be renovated under the new proposal. Two new bus terminals will be constructed in Dhanbad, and one in Jamshedpur. K Venkatesh Kumar, Vice President, Infrastructure Development Corporation (Karnataka) Limited (iDeCK) outlined the projects, the total cost of which is estimated to be around Rs. 250 crores.

Four market complexes in Jamshedpur are also to be revamped under the proposed plan. Varsha Pandey from IIDC Limited presented a background to the dilapidated condition of the old market complexes in main areas of the city, like Sakchi, Bistupur, and Golmuri. A phase-wise development of the markets was proposed, keeping in mind the amount of business to be affected by the project.

Ameet Kumar, Director of State Urban Development Agency (SUDA) highlighted the salient features of PPP policy to attract the investors present at the summit. He outlined the obligations of the government under a PPP contract. “The government will facilitate the developer in obtaining necessary project related approvals and clearances along with ensuring availability of project site for development,” he said. He remarked that State Government is already successful in PPP in various sectors.

Urban Development and Housing Development Minister C.P Singh, who was the Chief Guest at the event, spoke about the necessity to attract private investment by guaranteeing returns to the investors. “The investor is not a social worker; they demand returns for their investment. The government should approach the investors accordingly, so that everybody benefits from the deal. Urban development is the responsibility of the government. I hope this summit produces results,” he said. He also cited the example of the bus terminals constructed under PPP in Baroda, Gujarat, and hoped the same feat could be reproduced here.

Urban Development and Housing Development Secretary Ajoy Kumar Singh stressed on the importance of securing private investment in the urban development sector. “We have implemented many policies to attract private investment, but this meet is equally important. All doubts and suggestions are welcome. We’ll be preparing a draft investment policy after this meet. Upon its approval from the ministry, we will streamline the ISBT plans before October. These new bus terminals will be planned with on the lines of our airports, and with a vision of the coming 40 years,” he said.

However, many investors expressed concerns regarding the financial viability of the projects, which was not outlined properly in the various presentations. Issues of bankability were also raised by investors. Urban Development and Housing Development Secretary Ajoy Kumar Singh assured the investors that the finance aspect of the projects will be discussed thoroughly with various banks’ representatives at a later date.