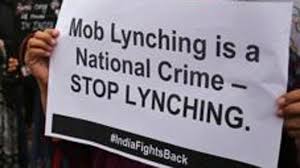 In a worrying sign of mob attacks over rumours of child-lifting continuing unabated despite warning by the Bihar government to book the culprits under the Crime Control Act (CCA), a mob thrashed half-a-dozen people, including two railway engineers and a beggar woman, in two separate incidents on Tuesday.

In Samastipur, two engineers were thrashed in Munnichak-Sarsauna village under Bangra police station while they were busy conducting a survey for a new rail line project. The incident took place around 11.45 am when some villagers surrounded them, suspecting them to be child-lifters, and thrashed him.  The mob also damaged their vehicles and snatched mobile phones.

A police contingent was also called in to control the situation after villagers went on a rampage and attacked the policemen as well. “An FIR has been registered against named persons of the village and 15 unidentified for attempt to murder, rioting, criminal assault and criminal intimidation,” said local SHO Anil Kumar. Efforts are on to nab those named and others, he said.

Both engineers hail from Uttarakhand, the police said.

In Begusarai also, a mob assaulted a mentally challenged woman at Khatopur village, suspecting her of being a child-lifter. The woman was rescued by police.

Earlier, in Lakhisarai, a woman was mercilessly thrashed on similar rumours.

In Nalanda, a mob attacked a beggar, suspecting him to be a child lifter. Later, an investigation found him innocent.