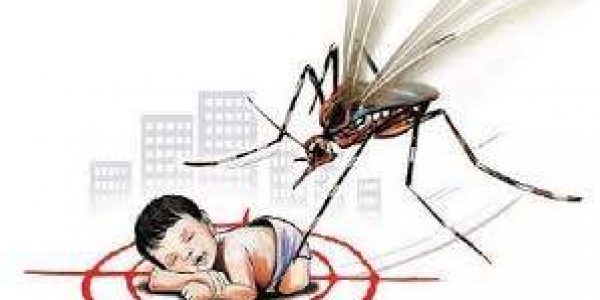 PATNA: The outbreak of suspected encephalitis in North Bihar’s Muzaffarpur and its some adjoining districts included Vaishali has reportedly claimed the lives of around 21 children from January to May 9. As many as 18 children, diagnosed with the syndrome of encephalitis, have been admitted in Muzaffarpur based SKMCH and other private clinics.

The outbreak has gone beyond the Muzaffarpur and many children belonging to extremely poor families, have also been diagnosed with the syndrome of acute encephalitis  in neighbouring Vaishali, Sheohar, East and West Champaran districts. On Sunday alone, 4 new suspected cases of encephalitis diagnosed with four children were brought and admitted at SKMCH in Muzaffarpur.

“This time again after a gap of the last three years, the outbreak of syndrome of encephalitis has been reported. It occurs only when heat coupled with extreme humidity rises to an extreme level. It is contained as soon s Monsoon arrives”, Dr M Singh said, adding that sudden loss in the level of sugar in the body leads to collapse of life support functioning in the body of a minor.

Meanwhile, Reena Devi of Muzaffarpur said her 6-year-old son Raghu developed a symptom of high fever with breathing problem suddenly after returning from a nearby mango orchard in Motipur.

“Now, he has been admitted at SKMCH  under critical condition”, she said, adding that fearing further casualties in many remote areas of Muzaffarpur like Saraiya, Sherpur and others, many families have left the villages.

On Saturday, Prince Kumar of Vaishali and Chanda Kumari of Sheohar died while on Friday and other past few days, Madhu Kumari, Pawan Kumar, Sonu Kumar and many other minors had died in Muzaffarpur and other private clinics during treatments.

State health minister Mangal Panday claimed that all efforts are on to save the lives of children, who are being diagnosed with symptoms of encephalitis. Dr S K Shahi, superintendent of SKMCH, told the media that all arrangements have been made to check the outbreak of this disease.

He admitted that nearly 38 kids with symptoms of encephalitis were admitted between January and June this year. According to Muzaffarpur civil surgeon Dr SP Singh, a team of health department had recently visited the SKMCH and held a high-level meeting with doctors on the outbreak.