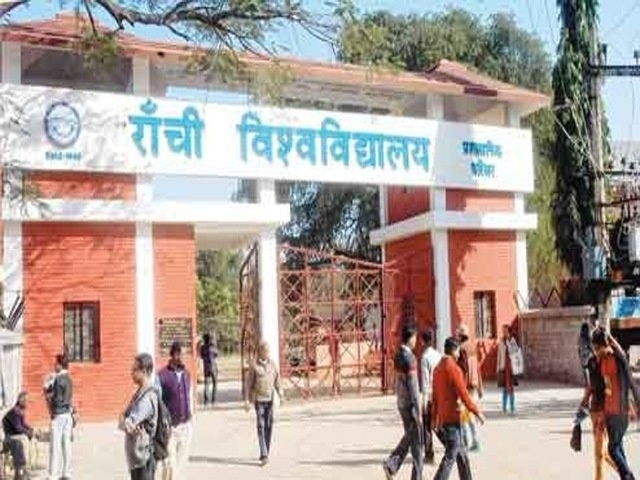 Ranchi University Admission 2019: For the new academic session 2019-2020, the Ranchi University is going to launch a separate admission system for students willing to take admission in various under graduate and post graduate courses. Kamini Kumar, who is the Pro vice-chancellor, said that “the university would release the schedule for admissions on Monday.” Students of Ranchi University welcomed this decision of admitting students through its own system of individualized web portal and offline admissions.

In 2018, to promote transparency and streamline admissions, state universities directed students to register themselves on the governor’s/chancellor’s web portal without which they couldn’t secure admission in various courses. But students faced various technical glitches in the web portal during registration. As a result, the academic session was delayed. Thereafter, students had demanded a separate portal for every college along with the provision for off-line submission of admission forms.

On June 4, the vice-chancellor of Ranchi University, RK Pandey had met the governor and informed him about the various issues faced by students in the centralized portal in the last year. After this meeting, on June 8, the principal secretary to the governor had issued a representation to all vice-chancellors and secretary, department of higher technical education and skill development.

In the representation, all the VC’s of various universities are directed to set up an urgent meeting with the department of HRD in order to remove the difficulties through chancellor’s portal within a week. In case of removal of all the technical glitches is not feasible, then universities may proceed to start admission online through their respective websites and upload the data on chancellor’s portal.

In the meantime, 5 universities including Sido Kanhu Murmu University, Nilamber Pitamber University, Vinoba Bhave University,  Kolhan University and Binod Bihari Mahato Koyalanchal University have already commenced the admission process for under-graduate courses the automated portal. A total of 59,873 applications were already received at these five universities. On the other hand, the admissions process is being conducted through the university’s web portal at Dr Shyama Prasad Mukherjee University (DSPMU).