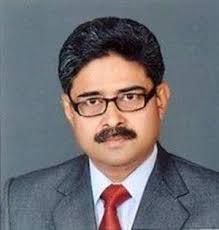 The Patna High Court has withdrawn all judicial work from a sitting senior judge of the court Rakesh Kumar who had in the course of hearing a corruption case against a former IAS officer on Wednesday highlighted the state of corruption in the judicial system. A 11-judge bench also suspended Justice Kumar’s order and ruled that no action ordered by him would be taken.

“All the matters pending before Hon’ble Mr. Justice Rakesh Kumar, sitting singly including tied up/part heard or otherwise stand withdrawn with immediate effect,” read a notice issued by the chief justice of the Patna High Court on August 28. “The registrar will implement the order forthwith subject to further orders with regard to the formation of the bench,” the bench said in the notice, which came into the public domain on Thursday. The bench also observed that their fellow judge had no “jurisdiction to pass such an order on a case that had been closed”.

“The registrar (list) will inform as to how and in what manner Cr. Misc. No. 4117 of 2018 that had been disposed of finally earlier was listed on Thursday at Sl. No. 1 under the heading ‘To be mentioned – Tied up’ before Justice Rakesh Kumar,” the bench said in the notice.

The Bihar Advocate General Lalit Kishore told journalists in Patna that the bench had also made strong observations and expressed serious concern over the long order passed by Justice Kumar in which he had raised questions over the majesty of the court and integrity of judicial system.

Before his elevation as a judge, Justice Kumar had served as a CBI counsel in the Patna High Court during hearings on the multi-crore fodder scam case against the then chief minister and RJD chief Lalu Prasad . On Wednesday, while hearing a corruption case against retired IAS officer K. P. Ramaiah, Justice Kumar in his 20-page order had questioned how the former officer was granted bail in a corruption case when the High Court as well as the Supreme Court had earlier rejected it. Mr. Ramaiah was accused of financial misappropriation of ₹5 crore in the Bihar Mahadalit Vikas Mission when he was its CEO. “A corrupt officer like K. P. Ramaiah secured bail as a vacation judge heard his case in place of the regular judge of the Vigilance Court,” Justice Kumar said in his order.

“In normal course, I would not have passed such order, but since last few years, this Court is taking notice of the fact that in Patna Judgeship, things are not going in its right perspective,” Justice Kumar observed, while adding that the manner in which Mr. Ramaiah was granted bail required a deeper probe as it had raised questions about the judiciary. Justice Kumar also ordered an inquiry to be conducted by the District Judge, Patna, to check the veracity of a news report. Further while calling for a report within four weeks, he also ordered an inquiry into whether on the date of granting bail to Mr Ramaiah, the regular vigilance court judge was on leave due to a genuine cause or had gone on leave in a calculated way. The District Judge was also asked to examine the record of cases disposed of by the in-charge judge in the last six months.

In his order, Justice Kumar also raised questions about the judiciary and said that the full bench of the Patna High Court had taken a lenient view every time the case of any judge from the lower judiciary came up. “Despite my opposition, a judge facing serious charges was let off with minor punishment instead of exemplary punishment,” Justice Kumar said in his order. He also made scathing remarks about taxpayers’ money being spent on renovation of judges’ homes. “There were instances of crores of the taxpayers’ money being spent on renovation and furnishing bungalows of judges as well as nepotism,” he said in the order. Further, Justice Kumar ensured that a copy of his order be sent to the Chief Justice of India, the Prime Minister’s office and the Union Law ministry.