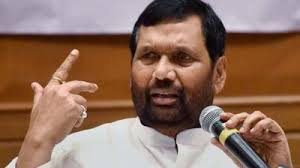 Bhubaneswar: The Odisha government has urged the Centre to rescind its decision to shift the Central Warehousing Corporation (CWC) office to Patna, saying the move will jeopardise the state’s interests.

“The recent decision to merge Bhubaneswar and Patna regions (of CWC) into a single entity and renaming it as Patna region with headquarters at Patna will seriously jeopardise the interest of the people of Odisha,” Swain said.

Noting that monitoring of scientific storage from Patna will be difficult, he said warehousing operations in Odisha will be hampered as a result of the proposed relocation. The minister also pointed out that members of the Odisha Assembly, cutting across party lines, have raised their concerns over the issue in the House.

“The regional office of CWC at Bhubaneswar has been playing a vital role in storage and warehousing of various commodities including foodgrains and notified commodities of the Food Corporation of India as well as the Odisha state Civil Supplies Corporation,” Swain said.

“In this backdrop, I would like to request your (Paswan’s) personal intervention for allowing the regional office at Bhubaneswar to continue as such in modification of the earlier decision of its merger with Patna region,” he said.