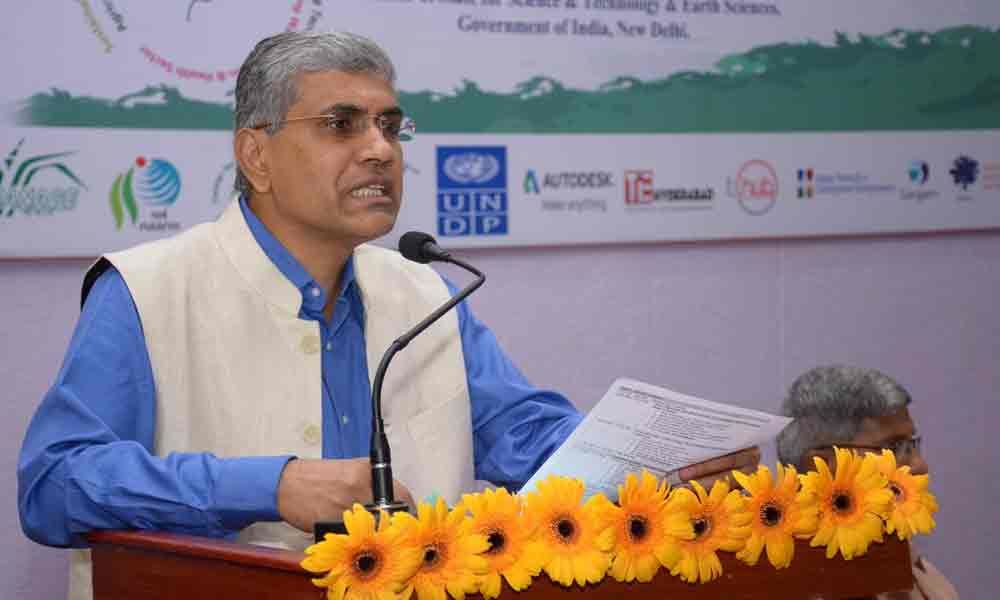 Hyderabad: The National Institute of Rural Development and Panchayati Raj (NIRDPR) has launched an initiative to improve the adaptive capacity of the rural poor engaged in agriculture-based livelihoods to cope with climate change. Giving details of the initiative, NIRDPR Director-General W R Reddy said the programme is first of its kind in the country. It would cover as many as 638 drought and flood-prone villages in Mandla and Sheopur districts in Madhya Pradesh, and Gaya and Madhubani districts in Bihar under National Rural Livelihoods Mission.

All these villages are either drought-prone or flood-prone. Later, the project would be extended throughout the country, he added. The main focus of it is to establish a large-scale proof of concept on integrating community-based climate change planning and adaptation by working with climate-smart Community Resource Persons (CRPs) and National Resource Persons (NRPs), he said.

A training manual for the initiative ‘Sustainable Livelihoods and Adaptation to Climate Change (SLACC)’ Certificate Course was released during the first Training Program for Community Resource Persons (CRPs) organised at the NIRDPR Campus in Hyderabad recently. The aim of the course is to train a cadre of Climate Smart Community Resource Persons who are expected to disseminate the practice of sustainable livelihoods through adaptation to climate change. The programme would strengthen the skill sets of resource persons at the national and grass-roots level.

Further, the SLACC would create a cadre of over 200 certified ‘climate-smart’ Community Resource Persons and over 100 Young Professionals in villages, he said. In turn, they would combat the impact of climate change and secure their livelihood through climate proof planning and adaptations.

The cadre would further disseminate the climate resilient technologies to the farming communities in their respective allocated villages, as assigned by the State Rural Livelihood Mission (SRLM) staff. Dr Reddy said, “Climate change is a new and significant challenge to the disadvantaged population as it could affect the yield and income of small and marginal farmers, especially in rainfed farms.

Further, the initiative has in all prioritised 23 technology interventions for farm level activities for climate resilience. They aim to reduce the cost of cultivation, improve yield and income, profitability, empower women and generate employment. Various experts and agencies such as SRLM, KVK, Central Institute of Dryland Agriculture (CRIDA), Hyderabad have contributed significantly to the training efforts.

Dr Ravindra S. Gavali, Course Co-ordinator and Head, Centre for Climate Change and Disaster Mitigation, NIRDPR said, totally, 200 CRPs would be trained in 5 batches through a certificate course and each batch consists of 40 CRPs.