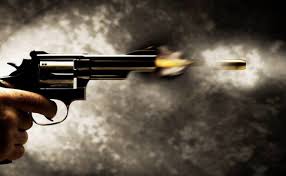 Patna: With two mukhiyas [elected village body heads] killed by criminals in Bihar in the last 24 hours, hundreds of mukhiyas in rural areas across the state are worried about their security, owing to the threat to their lives from gangsters, criminals and rivals.

Arun Singh (48), mukhiya of Barap panchayat, was shot dead on Monday night by motorcycle-borne criminals at his native village in Bhojpur district. In another incident, Ravinder alias Robin Das, mukhiya of Fatehpur panchayat, was allegedly kidnapped and murdered. His body was found on Tuesday morning in Sabaur in the neighbouring Bhagalpur district.

Singh, who belongs to the powerful upper caste Rajput, was killed when he was reportedly sitting along with other villagers outside a house in his native village. Angry over the killing, hundreds of local villagers on Tuesday blocked Ara-Sasaram road, demanding arrest of the criminals involved.

Das’s throat was allegedly slit after he was kidnapped and his body was thrown near an orchard. Local residents have protested and are demanding compensation for his family.

“Singh and Das were killed by criminals hired for revenge by their rivals or by those having dispute with them over some issue,” a senior police official at the police headquarters here said.

Last month, Mohammad Alishan, mukhiya of Sumera panchayat in Muzaffarpur district, was shot dead at his native village. In the past six months, half a dozen husbands of women mukhiyas have been killed across the state. After Bihar government reserved 50% seats in panchayat polls for women, hundreds of women mukhiyas have got elected, but their husbands run the show on the ground.

According to a rural activist, Mahender Yadav, most of mukhiyas were murdered over disputes with local criminals, gangsters or rivalry related to development work in their areas.

A senior officer from the Home Department, which is under Chief Minister Nitish Kumar, told NewsClick that security threat is an old concern among mukhiyas in the state and time and again, they have demanded bodyguards. Akhiyar Khan, mukhiya of a panchayat in Arwal district, confirmed this: “We have demanded bodyguards repeatedly citing real threat to our lives, but we have been ignored.”

“Mukhiyas are not safe. There is a threat to our life, as we are working on the ground. But the government hardly bothers to provide security to us,” Chotu Singh, mukhiya of a panchayat under Haspura block in Aurangabad district said.

A mukhiya of a panchayat in Muzaffarpur district told NewsClick on the condition of anonymity that local criminals demand tax and threaten the mukhiyas with dire consequences if they are not paid.

In some districts like Gaya, Jehanabad, Jamui, Munger, Sitamarhi, Rohtas, Nawada, Sheohar, Aurangabad and Arwal, mukhiyas are even afraid of threats by Maoists.

Thanks to rampant corruption in state and central government-funded development schemes in rural areas, mukhiyas have become neo-rich, which makes them easy targets of the criminals as well as their political rivals. With youths without job or work, they are hired by gangs to target mukhiyasfor money.