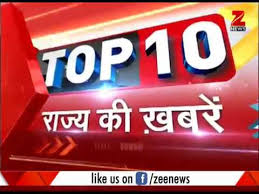 MUMBAI: Singapore-based Nalanda Capital on Monday sold its entire 10.61% stake in Mindtree Ltd to Larsen and Toubro Ltd (L&T), signalling the likely end of the stiff fight put up by promoters to the first hostile takeover bid of an Indian software services company.

Nalanda sold its whole stake worth ₹1,707.46 crore to L&T in an ongoing open offer for shareholders of Mindtree. The 10-day open offer closes on 28 June.

Two people directly aware of the matter confirmed the transaction. It is, however, not known if Nalanda took the step following a show-cause notice by the Securities and Exchange Board of India (Sebi) to the firm for pressing Mindtree’s public shareholders to refrain from tendering shares to L&T at ₹980 per share in the open offer.

On Thursday, Sebi served the show-cause notice to Pulak Chandan Prasad-led Nalanda Capital asking why penal action should not be taken against it for behaving like persons acting in concert (PAC) to thwart L&T’s open offer, without making a counter offer.

“Sebi has questioned Nalanda Capital that on what basis it advised Mindtree’s other public shareholders that L&T should offer a price 20% higher than ₹980 per share. Nalanda Capital has been asked to clarify that being an FPI (foreign portfolio investor), which Sebi regulation empowers it to advise any shareholder in any investee company in India on any such share sale,” said the first person, who is directly aware of Sebi’s processes.

Even though Nalanda has now sold its entire stake to L&T, the company, which is registered as an FPI with Sebi, has to mandatorily respond to the show-cause notice in order to avoid potential penal action by the markets regulator.

On 20 June, proxy advisory firm InGovern Research urged Sebi to probe the matter arguing that Nalanda Capital’s actions could be significantly detrimental to the interests of Mindtree’s minority shareholders. Mint has reviewed a copy of the letter.

The two people cited earlier said Sebi’s contention is that without the prior approval of the markets regulator, Nalanda Capital cannot either act as a PAC or prevent Mindtree’s public shareholders from tendering their shares in the open offer without making a counter offer.

L&T last week launched its open offer to buy a 31% stake from the public shareholders (including Nalanda) of Mindtree. “Last week, L&T bought close to 7% in Mindtree from public shareholders in the open offer. Amansa Holdings Pvt. Ltd has sold its entire 2.77% stake to L&T on Friday. With stake purchases from Nalanda, mutual funds and some index funds, L&T now holds close to 48% in Mindtree,” said the first person quoted earlier.

The purchase of Nalanda’s stake takes L&T closer to its target of acquiring control of Mindtree.

However, in the past two months, L&T first acquired a 20.32% stake in Mindtree held jointly by Café Coffee Day (CCD) founder V. G. Siddhartha and two CCD affiliate firms. It later bought more shares of Mindtree from the open market to raise its holding to 28.90%.

L&T has the option of buying a total of 15% of Mindtree shares from the open market. If L&T achieves all its share purchase targets, the engineering conglomerate will end up holding 66% in Mindtree worth at least ₹10,800 crore, along with management control, which will mark the country’s first ever hostile takeover in the IT industry.

Nalanda spent ₹453.1 crore when it bought Mindtree shares in 2009 at an average price of ₹260, making an almost four times gain on its investment in the last decade.

A third person familiar with the development said another reason behind Nalanda’s move could be the promoters of Mindtree losing control of the board.