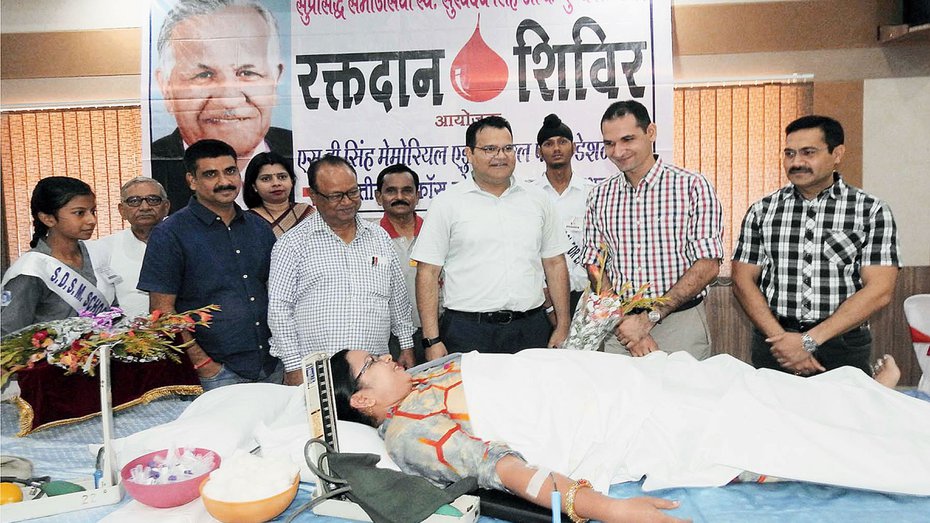 The state government’s decision to abolish the system of issuing blood against donor cards will adversely impact the smooth system of donations, voluntary outfits of the steel city feel.

Blood banks in Jamshedpur, which received the letter from Jharkhand State Aids Control Society (JSACS) on Sunday, have already implemented the May 30 directive issued by M.K. Baranwal, project director of JSACS and member-secretary of State Blood Transfusion Council.

At present, Indian Red Cross Society, Voluntary Blood Donors Association (VBDA) and others contribute 75 per cent of the annual requirement of Jamshedpur Blood Bank. These organisations have been working towards increasing their contribution to 100 per cent.

But the directive is expected to impact the number of donation camps and lead to a decline in stocks in blood banks.

Members of the Red Cross society and donor associations are scheduled to meet JSACS officials in Ranchi on Thursday.

The government directive states, “… the system of issuing donor cards for supply of blood without replacement to the blood donor or another person on behalf of the blood donor should not be practised by any blood bank.”

Henceforth, donors would not get identity cards from blood banks. The cards come with a serial number, donor’s name, blood group and telephone number. These cards helped blood bank maintain records and check on the number of donations.

Experts believe that not issuing donor cards would lead to severe consequences. With donations coming down, cancer and thalassemia patients, in need of regular blood transfusion, would be at risk.

Usually organisations get donor cards for half the number of blood units collected at a camp. “If donors cannot help someone in need, why will they donate? Those who donate blood or organise donation camps don’t expect anything in return. In fact, organisers of camps hand over donation cards to cancer or thalassemia patients or accident victims,” said Bijay Kumar Singh, the secretary of Indian Red Cross Society.

On an average, Jamshedpur city collects 54,000 units of blood a year, catering to the Kolhan region and cancer patients who come from neighbouring Odisha, West Bengal and Bihar.

“We have been working very hard since 1985 to step up blood donations by raising awareness levels and holding camps. The steel city has now developed its own system and we will not let anyone destroy it. We have, however, already told donors to not expect donor cards,” said association president Sunil Mukherjee.

Kalpavriksha Foundation felt the directive would be meaningful only when the government could boast of a perfect healthcare system with state-of-the-art blood banks in every city, district and block.

“We only have Jamshedpur Blood Bank catering to so many patients. Even then there is shortage in summers. We are writing to governor Droupadi Murmu to withdraw the directive,” said foundation director Arun Singh.