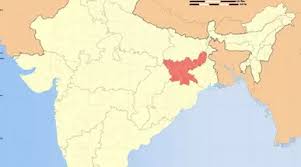 On October 19, 2019, Communist Party of India-Maoist (CPI-Maoist) cadres shot dead a couple in Khunti District. According to the Police, the rebels shot dead Sheetal Munda (50) and his wife Made Munda (45) at Aada village under the Saiko Police Station of the District, branding them ‘police informers’. Sheetal Munda was the deputy Sarpanch (head of the Panchayat, village level local self-Government institution).

On August 4, 2019, two youths were shot dead by CPI-Maoist cadres in Badani village under Arki Police Station limits in Khunti District. The Maoists alleged through pamphlets that they were ‘police informers.’

Khunti is one among 26 districts of 56 affected, spread across eight states, that has witnessed more fatalities in civilian categories than in the Security Force, SF, or Maoists categories. According to SATP, since September 12, 2007, Khunti has recorded a total of 152 fatalities [73 civilians, 17 SF personnel and 62 Naxalites (Left Wing Extremists)]. Significantly, out of the eight States, Jharkhand with (545 civilian fatalities) is also among the four that have registered more fatalities in the civilian categories than in the SF or Maoists categories. The other three are Bihar (209 civilian), Odisha (284), and West Bengal (483).

However, the data suggests, civilian fatalities, which peaked at 16 in 2012, have recorded cyclical trends thereafter, but never reached double digits again, suggesting improvements in the security situation in the District, primarily as a result of increasing SF dominance on the ground.

Considering the overall fatalities in both the Maoist and SF categories since September 12, 2007, we find that the SFs have achieved an overall positive kill ratio of 1:3.64. More importantly, the SFs last lost a trooper on August 18, 2015, when a Policeman, identified as Dhumul Siwaiya, was killed in an encounter under Murhu Police Station limits in Khunti District. A CPI-Maoist ‘area commander’, Chandan aka Kalika Munda, was also killed in that encounter. Police recovered an AK-47 rifle and six loaded magazines from the encounter site.

Khunti is one of most backward regions of the State. Indeed, the NITI Aayog on March 28, 2018, launched the baseline ranking for ‘Aspirational Districts’ constructed on published data of 49 indicators (81 data points) across five developmental areas of Health and Nutrition, Education, Agriculture and Water Resources, Financial Inclusion and Skill Development, and Basic Infrastructure. Khunti is among the 115 identified backwards Districts, where the Government is committed to raising living standards, using a composite index of key data sets that included deprivation as enumerated under the Socio-Economic Caste Census, key health and education sector performance, and the state of basic infrastructure.

According to a September 19, 2019, report, Jharkhand Rural Development Minister Nilkanth Singh Munda claimed that Khunti has never seen development work as has been witnessed during the last five years. To give development a boost, Union Tribal Affairs Minister Arjun Munda noted that Khunti was one of the ‘aspirational’ districts of the country, and that “Development is taking place here rapidly. The government is working with the goal of making Khunti a developed district. ”

Khunti has an area of 2,535 square kilometers and shares its borders with Ranchi in the north and east; Saraikela-Kharsawan in the south-east, West Singhbhum in the south, and Simdega and Gumla in the West. All these Districts, with the exception of Saraikela-Kharsawan, are among the ‘30 worst Maoist-affected’ Districts, across seven States in the country, according to Union Ministry of Home Affairs (UMHA). Moreover, all these Districts are among the 90 districts in 11 States that are considered LWE affected, according to a Government release of February 5, 2019.

Several concerns persist in the District. Like in rest of Jharkhand, not only the CPI-Maoist, but several of its splinter groups operate in Khunti District. There are more than 12 such small breakaway groups, including the Peoples’ Liberation Front of India (PLFI), Jharkhand Liberation Tigers (JLT), and Jharkhand Sangharsh Morcha (JSM). These groups survive by extortion, arson, creating disturbances and even executing contract killings. According to Police, “These organisations collect illegal levy from coal traders, contractors and companies involved in coal mining, and indulge in arson and disturb coal transportation and other development works when not paid.”

An October 11, 2019, report, revealed that a squad of 20 rebels, including women, from Jhinkpani, Kuchai and Kharsawan were camping in the forest areas of Kuchai along the border with Khunti. Three suspected Maoists, identified as Maheswar Mahali, Ranjit Mahali and Shahani, had prepared the plan and were leading the squad. Intelligence reports suggested that there was a CPI-Maoist conspiracy to detonate explosives on a railway track and target the Howrah-Mumbai Gitanjali superfast train.

To fight the LWE menace, Central Reserve Police Force (CRPF), Indo-Tibetan Border Police (ITBP), Jharkhand Armed Police (JAP), and a special task force, the Jharkhand Jaguar (JJ), have been deployed in all the LWE-affected District of Jharkhand. A September 30, 2018, report, suggested that more than 2,000 paramilitary forces were deployed in Khunti.

The LWE insurgency in Jharkhand in general, and in the Khunti District in particular, has been substantially degraded and criminalized, with extortion operating as the primary driver for the many splinter formations. Sustained SF pressure, combined with aggressive development, particularly of infrastructure and communications, is necessary to facilitate processes that would bring these residual problems to an end.