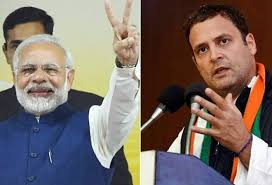 The plummeting of Congress-JD(S) alliance below the halfway mark in Karnataka assembly and the split in Goa Congress legislature party with ten MLAs crossing over to BJP headlined another dismal day in the dwindling fortunes of the grand old party. The coalition government in Karnataka with the unusual arrangement of the rank junior party getting the CM’s post was an absolute repudiation of the electorate’s mandate, which was certainly not for JD(S), to which both BJP and Congress had better claims in terms of seat and vote share.

BJP’s decimation of the Congress-JD(S) alliance in the Lok Sabha polls, winning 25 of Karnataka’s 28 seats, punctured what was an unsustainable ruling alliance anyway. Combined with BJP’s unflagging efforts to unseat the government, the stage for the last act is already set. It is unclear what BJP is offering Congress MLAs who have resigned. Quite a few rebels were cut up over not becoming ministers. But their willingness to resign just a year after winning a hard fought assembly election does reveal how lightly they value their Congress membership and their prospects in the party that is plumbing historic depths.

In contrast, Congress’s ignominy in Goa is linked to the 2017 failure to form a government despite emerging as the single largest party in the assembly. BJP now has a comfortable majority in the house with 27 legislators, and would be in a position to drop its ally Goa Forward Party from the ministry to accommodate the turncoats.

The developments are ominous for Congress and it must pay greater attention to Madhya Pradesh where the government runs on a slender majority with support from SP, BSP and independents. BJP is carrying on with its single-minded pursuit of cornering the opposition, unperturbed by allegations of horse trading. ‘Aya Ram, Gaya Ram’ style politics now seems mostly to be about ‘Gaya Ram’. Yet the influx of Congress leaders into BJP could lead to a situation where those groomed by RSS will not take too kindly to the former leapfrogging to plum positions in BJP governments. Under Modi and Shah BJP is a centralised and tightly run party, working almost as a corporate entity. Entry of a large number of Congressmen may break this up and create new factions.