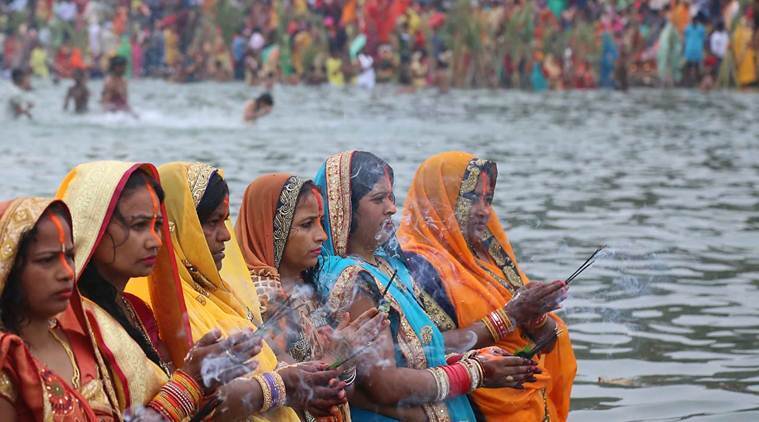 In an order to the local police and administration, Madhepura District Magistrate Navdeep Shukla has warned against attempts by “mischievous elements from Muslim community (to) cause tension” during the ongoing Chhath festival.

Frowning at the order, the state home department said it would look into the issue. “It was inadvertently phrased,” Additional Chief Secretary, Home, Amir Subhani, said. Bihar DGP Gupteshwar Pandey said the “tone of the order should have been changed”.

In the order, dated October 31, the district magistrate has said: “Water deposit in lanes through which Chhath Puja devotees cross, especially through Muslim settlements… overflowing drain water running through (these) roads causes tension. At times, dismantling of ghat structure because of the crowd also causes problems. Incidents of eve-teasing of relatives and acquaintances of devotees by mischievous elements from Muslim community cause tension. Passing objectionable remarks on Chhath devotees and their relatives causes law and order problems”.

The order also warns against “mischievous elements intending to disturb communal harmony by placing flesh or body parts of dead animals in ponds and rivers”. Citing incidents of communal tension during Dussehra and Muharram in Bihariganj area of the district in 2016, the district administration said special precautions were being taken this time.

When contacted, Shukla told The Sunday Express: “The order is based on Intelligence inputs. Other districts would have also issued such orders. Our idea is to avoid any breach of communal harmony”.

Asked why a particular community had been named, he said: “We put the Intelligence input the way it is. We cannot tone down the language. It is about issuing alerts to ensure that there is no law and order problem… Our goal is to maintain communal harmony”.

The district magistrate, in his order, has referred to an October 23 note from the office of the Additional Director General of Police (Special Branch) on security precautions to be taken during Chhath Puja. This note, however, was a general advisory and did not name any community.

“It will be looked into… I spoke to the DM. He said that it was inadvertently phrased like that. He has been suitably advised,” Bihar Additional Chief Secretary (Home) Amir Subhani said.