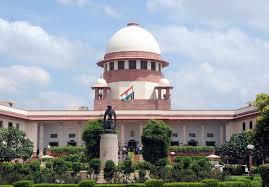 New Delhi, Jul 26 The oral testimony of witnesses is enough “to show your Dadagiri (bullying tactics)”, the Supreme Court Friday told former Jharkhand minister Yogendra Sao, who has challenged his conviction and sentence in a 2011 extortion case.

The top court said this while agreeing to hear Sao”s plea challenging the April 26 order of Jharkhand High Court which dismissed his appeal against the conviction and two-and-a-half year sentence in the case.

A bench of Justices A M Sapre and Indu Malhotra issued notice and sought response from the Jharkhand government on the plea.

Senior advocate Rakesh Khanna, appearing for Sao, said the magisterial court did not have privilege to see entire call detail records (CDR) which included the period of alleged crime.

“Allegation is that I made a phone call and asked for money but the complete CDR was not filed. The CDR, which was filed before the trial court was till the month of March while the alleged occurrence of crime had taken place on April 24, 2011 and August 25, 2011,” he said.

Khanna said the trial court relied upon the testimony of prosecution witnesses and the informant who was an interested party.

“The oral testimony is enough to show your Dadagiri (bullying tactic). We cannot re-appreciate the whole evidence. There are concurrent findings against you by two courts,” the bench observed.

The top court, however, said that it will examine the matter and sought response from the state government in two weeks.

Sao was booked by the police on the charges of extortion on a complaint from a manager of Ramgarh Sponge Iron Private Limited and a case was registered against him on August 25, 2011.

The manager of the company has alleged that Sao threatened him on phone and demanded Rs 5 lakh.

Sao was then an MLA of Congress party and a member of the Committee of Jharkhand Legislative Assembly on Pollution Control.

Sao is lodged in jail after the apex court on April 12 ordered him to surrender before a court in Ranchi in cases related to rioting and inciting of violence.

The apex court had on April 4, trashed Sao”s plea seeking to campaign for the Congress for the Lok Sabha polls and cancelled his bail, saying he has violated the bail conditions.

Sao became a minister in the Hemant Soren-led UPA government in Jharkhand in 2013. He is named as an accused in over a dozen cases of rioting and instigation of violence.

The top court had then refused to cancel the bail of Sao”s wife Nirmala Devi. It had transferred the trial of 18 cases against Sao and Devi to Ranchi from Hazaribagh district in Jharkhand.

Both Devi and Sao are accused in a case relating to violent clashes between villagers and police in 2016 in which four persons were killed.

Devi, a Congress MLA, had led an agitation against NTPC authorities for their alleged attempt to forcibly evacuate villagers from Barkagaon without giving them due compensation or rehabilitation, according to police.