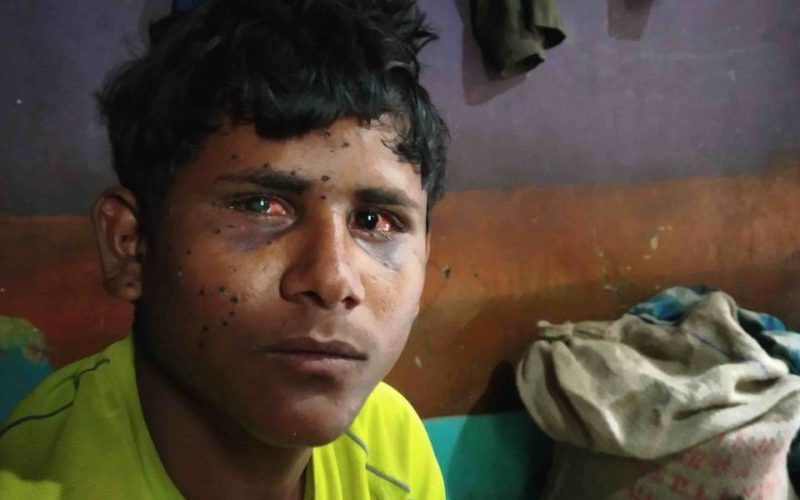 Hailing from north Indian state of Bihar, Shahanbaj, has become the unlikeliest addition to the never-ending horror of pellets in Kashmir. The victim, Mohammad Shahanbaj, 17, a resident of Bihar, was caught in clashes between anti-government protesters and security forces in south Kashmir last week, resulting in pellet injuries to his eyes.

The victim has suffered “varying scale of damage” caused by the metallic balls in both his eyes which are going to be operated by doctors. The victim came to Kashmir earlier this month along with three others from his village and they were putting up in a rented room in Bellow village of the restive south Kashmir’s Pulwama district.

On May 24, after finishing Friday prayers, Alam was buying ration for dinner when a violent protest erupted against the killing of Zakir Musa, the commander of Ansar Ghazwat-ul-Hind militant group. Running for cover, Alam reached a nearby alleyway a few metres from his rented accommodation.

“I felt scared. I wanted to return to my dwelling,” he said, adding: “When the situation thawed, I stepped on the main road and a shower of pellets fired by security forces penetrated my face,” he told the Wire.

The rampant use of pellets as a crowd control weapon, especially since the 2016 mass uprising in the aftermath of the killing of Hizbul Mujahideen commander Burhan Wani, has become a focus of public anger in Kashmir.