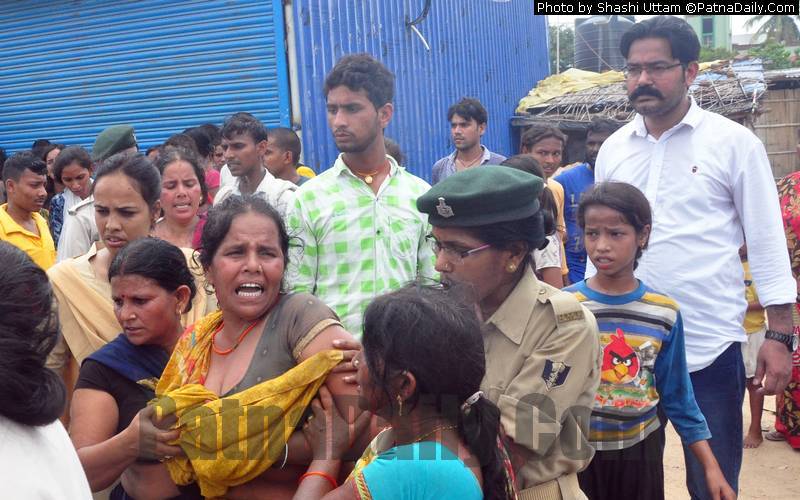 The crime took place around 8:00 am when Vikas Kumar, originally a resident of Shahpur police station in Patna district, was returning home from somewhere. Suddenly about 2-3 men in a Safari vehicle arrived in the area and shot Vikas in his head from a close range.

As the victim fell on the ground, the criminals fled in their vehicle before anyone could get a good look at the car.

His body was later sent to the Indira Gandhi Institute of Medical Sciences (IIGMS) for an autopsy.

In their police report, family members accused the husband of Panapur Ward Councilor Renu Devi, her two sons, and eight others saying they had threatened Vikas in the past and there was no doubt Renu Devi’s family was involved in his murder.

Vikas lived with his parents and other family members in Dev Vihar Colony off Ashiana Nagar under Rajiv Nagar police station.

Angered by the incident, a mob stormed the home of Renu Devi and vandalized properties and vehicles parked outside on the road.

They also set a cow menagerie owned by the Ward Councilor’s family on fire. Police had to use light force to bring the crowd under control.

Police said they will be questioning a number of people in the case and will also try to collect video surveillance footage from the area.