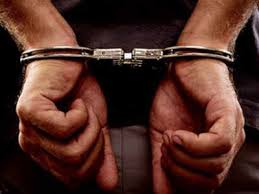 PATNA: The Bihar government on Saturday closed an adoption centre in Gaya after a US-based couple complained that a child adopted by them from there in August this year was physically abused.

A case under the Protection of Children from Sexual Offences (POCSO) Act has also been lodged and five persons have been arrested, officials said on Sunday. They said all 13 children from the centre have been shifted to other centres.

“Following the allegations made by the US couple, we have been asked by the CARA [Central Adoption Resource Authority] to get the medical examinations done of all other children at the Gaya adoption centre and submit a report by end of September,” said Rajkumar, the director of Bihar’s social welfare department.

CARA works under the Union women and child welfare ministry and deals with inter-country adoption.

The US-based couple had adopted the five-year-old girl on August 17 from the social welfare department centre being run by a non-government organisation in Gaya. All the 13 children who lived there are all below six.

“After completing the formalities in Gaya, the couple left for Patna to get the passport of the adopted girl. They returned to the US on August 30,” said another social welfare department official, who is aware to the adoption case but not authorised to speak to the media.

CARA, in the first week of September, received a letter from the couple alleging that the child may have been mistreated at the Centre on basis of “discomfort in walking” and her “uneasiness” in seeing the pictures of the adoption centre in Gaya.

The official said that the allegations made by the couple were surprising as the girl underwent a medical test at a leading hospital in Delhi and was issued a fitness certificate before leaving for the US.

“Soon after the receiving the letter, the matter was reported to Mufassil police station, Gaya, by assistant director, child protection unit, and an FIR for offences under various sections of POCSO Act was lodged against the adoption centre. Five persons were arrested on Saturday,” the official said and added that the centre has been sealed.

Rupesh Kumar Sinha, station house officer of Mufassil police station, Gaya, said the case was registered on the basis of the complaint by assistant director, child protection unit, Gaya. “It was alleged in the letter that the baby girl might have gone through some physical abuse at the [adoption] centre. Five persons from the NGO, which used to run this Centre, have been arrested in this connection. The accused have been sent to the jail and adoption centre has been closed,” he said.