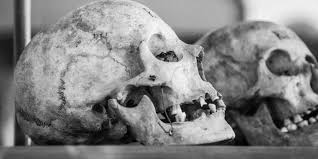 RANCHI: In an alleged case of practising illegal black magic, a sorceress allegedly killed a woman reportedly by stabbing her multiple times using a ‘Trishul’ (trident) to free her from the clutches of an evil spirit.

The spine-chilling practice, which was conducted in the presence of the victim’s family, took place in Garhwa district of Jharkhand.

The sorceress performed the ‘ritual’ inside a room while the woman’s family was waiting outside. They went inside on hearing her screams.

Taking swift action, the police arrested the sorceress and her husband for killing the woman after the villagers informed about the incident.

“We have arrested the sorceress Alam Devi and her husband Satyendra Oraon immediately from their house in Sapahi village and an FIR has been lodged in this regard at Ramna Police Station. Sixty-year-old Rudni Devi was hit several times on her eyes, legs and stomach with a trident, who succumbed to her injuries on the spot on Saturday,” said officer-in-charge of Ramna Police Station Lal Bihari Rajak.

The trident used for killing the lady has also been confiscated, he added.

Rajak said that multiple marks of stabbing have been found on the woman’s body while her eyes were gouged out and the nose was broken.

According to the family members, the woman was taken to the sorceress by them as she was ill for quite some time. Despite undergoing medical treatment, she failed to recover. They were told that an evil had taken possession of her body and hence they will have to stay there at her place in order to make her free from the spirit.

“We came here on August 14 from Bhawnathpur village, about 45 kilometers from here, and stayed at the sorceress’s residence as she performed black magic on her. All of a sudden on Saturday, she killed my mother by stabbing her several times on her body with a trident in the name of freeing her from the clutches of an evil spirit,” said Dinesh Oraon, victim’s son.

“After hearing her screams, they entered the adjacent room where the sorceress was performing the black magic and saw her stabbing my mother with a trident. By the time we could understand anything, she was dead,” he added. 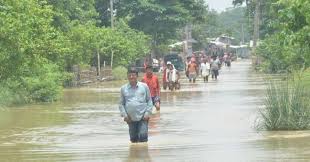 Intense rains have been lashing Bihar for almost the last three days. As reiterated by Skymet, the northern part of the state has been a witness to some real heavy downpour, while the remaining parts have recorded moderate amounts of rain.

If we take a look at the last 24-hour rainfall data available with Skymet from 8.30 am on Wednesday, several places in North Bihar like Supaul, Purnea, Muzaffarpur and Farbesganj have recorded 50.4 mm, 40 mm, 51.7 mm and 27 mm of rain, respectively.

The Monsoon Trough which was closer to the foothills of the state has been the vital weather system in giving heavy rains in the region. This Trough is now going to move down south due to which the intensity of rain will decrease in North Bihar and strengthen in South Bihar. Places like Gaya, Nawada, Munger and Aurangabad may observe some very good rain in the next 24 to 48 hours. However, for the remaining days of the month light to moderate rains will continue to be observed in most parts of the state.

If we look at the rainfall pattern in the month of July so far, some really good rains have helped Bihar in becoming rain surplus. The rainfall deficiency that stood at 41% by the end of June has been wiped out completely and the rainfall amount in the state is surplus today by 4%, which is only going to get better looking at the forecast of some more rain in the remaining days of the month.

Meanwhile, due to the build-up of strong Cumulonimbus clouds, strong lighting strikes have occurred causing 55 deaths in Bihar and neighbouring Jharkhand in the last 48 hours. According to reports, 43 deaths have been reported from Bihar alone. 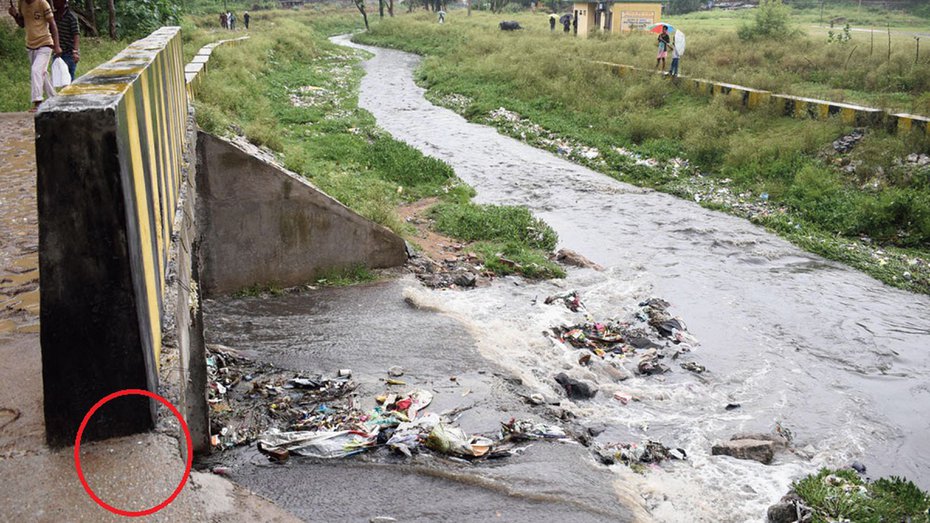 A four-year-old girl fell into an open, waterlogged drain barely 100 metres from her home in Hindpiri to be fatally swept away on Wednesday afternoon, her family blaming the Ranchi Municipal Corporation’s callousness for her death.

The girl, Falak, a close neighbour of RMC ward 23 councillor Sajda Khatoon at Nala Road in Hindpiri, was on her way to attend her tuition class when she slipped and fell into the arterial drain around 1.30pm.

Though dozens of bystanders jumped in to rescue her, she could not be found.

Four hours later, her body was recovered 5km away from the Subernarekha river in Chutia, where the drain flows into the river.

The killer drain, which channels dirty water of Hindpiri, Main Road and other adjoining localities, lacks every basic safety feature despite being situated in the heart of a so-called Smart City.

A bystander said that Falak had stopped to buy chocolates at a neighbourhood shop near the drain, which had neither any cover not barrier at that stretch, when she seemed to take a misstep and fell into the dirty water.

“I was right there, talking on my cellphone, so were many others. We rushed to the spot. I could clutch her schoolbag but could not save her, the currents of the drain water were so strong that she was gone,” a shocked Md Kasib told this paper.

Falak lived with her parents and younger sister Alia, who is 2 years old.

Her uncle Md Arshad said they could not believe a child could die so easily because of the city’s poor drainage system. “My niece became a victim of Ranchi Municipal Corporation’s carelessness. For hours we frantically searched for her across the stretch of the drain, all the way to Kadru. Finally her body was found stuck in garbage in the Subernarekha river,” said Arshad.

Ranchi Main Road from Ekra Masjid forks right to the narrow and potholed Nala Road with the uncovered drain.

“RMC built the drain but did not bother to cover it. At some places, people pooled in their own money and to put covers. The road has no flank. Not a single day passes when people and bikers fall in the drain,” said Md Imran.

“It gets dangerous in monsoon as the drain becomes a swollen river.”

He added that ward councillor Khatoon wasn’t bothered. “We have demanded a cover for the drain many times in the past but no one bothered to listen,” said Md Nasim, another resident.

Khatoon did not respond to phone calls when The Telegraph tried to contact her.

Ranchi deputy mayor Sanjeev Vijayvargiya, who visited the locality around 3pm when Falak’s body was still missing, promised to get the open drain covered with concrete slabs, but did not give a deadline.

“This was a tragic incident. The drain has many criss-crosses. Apparently, the child was washed away towards Guru Nanak School. I will call a meeting of the RMC on open drains,” said Vijayvargiya.