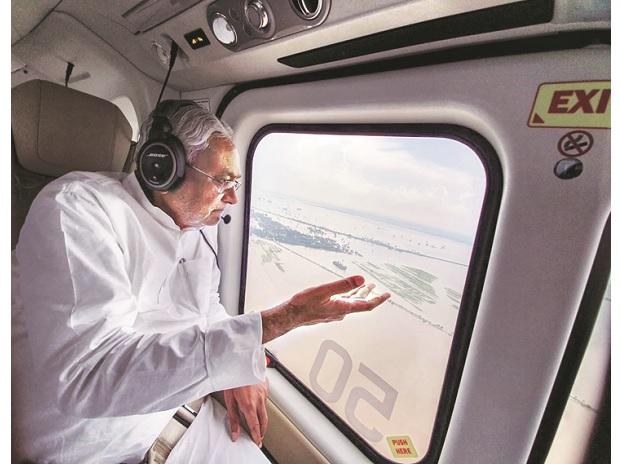 The Delhi High Court on Wednesday dismissed a plea seeking to summon Bihar Chief Minister Nitish Kumar as a witness in a lawsuit on copyright violation filed against him by a JNU scholar-turned-politician.

Justice V Kameswar Rao said it is not necessary to summon Kumar, who is a defendant in the suit, as the reasoning given for calling him as a witness being so-called ‘principal actor’ and a bona fide act is “not convincing”.

In his lawsuit, Atul Kumar Singh, a former JNU student, has alleged that a book — -Special Category Status: A Case for Bihar’ – published by Patna-based Asian Development Research Institute (ADRI), through its Member Secretary Shaibal Gupta, and endorsed by Kumar, is a plagiarised version of his research work.

According to Singh, Kumar is a significant witness and will have a material impact in establishing the case of the plaintiff.

Kumar has opposed the application, saying it was an abuse of process as he can be cross-examined by Singh at the evidence stage and that the plea has been filed with ulterior motives as he is the chief minister of Bihar and the plaintiff wants to gain publicity.

The court dismissed the plea, saying there was no merit in the application.

“It appears to me that the present application has been made only to put pressure on him (Nitish Kumar) as he is being summoned, not in normal course, but as plaintiff witness without cogent reason as such not bona fide nor in the interest of justice,” the court said.

The court said it is clear that the onus is on Singh to prove that he is the owner of the copyright and it shall be his endeavour to prove the same.

On the other hand, the defendants (Kumar and others) are contesting the said position, it said.

“In other words, the stand of the parties is at variance. Each of the parties, shall have to enter the witness box to prove his / its case. The opposite party, shall naturally cross-examine the party in the witness box. So it follows, that the defendant no.1 coming as a witness, shall in his evidence make good the stand taken by him in his written statement. He shall not prove the case of the plaintiff,” it said.

The court said the reasons given for calling Kumar as a witness are not cogent and the facts of this case show that it is “not necessary to summon the defendant no.1 (Nitish Kumar) as witness of the plaintiff”.

Earlier, the court had dismissed an application by the chief minister in which he said he had no direct or indirect association with other defendants and the book. He had also contended he had only endorsed the book and not authored it.

In the suit, besides Kumar, the plaintiff has claimed damages totalling Rs 25 lakh from the defendants including Gupta, ADRI and its sister concern Centre for Economic Policy and Public Finance.

Singh, a former senior research scholar at Jawaharlal Nehru University (JNU), moved the high court in 2010 alleging that his PhD thesis ‘Role of State in Economic Transformation: A case Study of Contemporary Bihar’ of 2006 was released on May 15, 2009 in a book format under the title – Special Category Status, A Case for Bihar.

The lawsuit stated that it was in 2006 that Singh had enrolled for a PhD at JNU. His home state, Bihar, was the subject of his research, and his thesis was to be titled, ‘Role of State in Economic Transformation: A case study of contemporary Bihar.’

It said since the subject of his research involved conducting an economic survey, he got in touch with the ADRI.

The plaintiff claimed that initially the book was shown to be “authored” by Nitish Kumar, but when Singh complained about it, ADRI brought out a fresh version which was shown to have been “endorsed” by the Bihar chief minister.

The suit, which described Kumar as the “principal actor”, said that “despite holding such a responsible post, the defendant in his present capacity has in order to draw public/media attention and to draw political mileage has along with other defendants deliberately, knowingly and malafidely breached the vested copyright of the plaintiff (Singh)”.

Singh has alleged that Gupta played the “pivotal role” in illegally transferring his research work to the Bihar chief minister.

Singh, who belongs to Bihar’s Saran district, had contested Lok Sabha elections from Chapra constituency in 2004 as an independent.