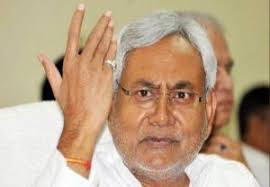 ihar Chief Minister Nitish Kumar on Thursday claimed the incidence of riots has gone down in the state, indicating that social harmony has grown, but admitted the rise in the number of killings and robberies was a matter of concern.

Addressing the state assembly during a debate on the budget for the home department, Kumar also expressed concern over the growing influence of social media and pointed out that unverified rumours shared on these platforms have often contributed to law and order problems in Bihar.

“If we look at the crime figures for January-May this year and compare these with the corresponding period in 2018, we find riots have gone down by 32 per cent and kidnapping for ransom once rampant in Bihar has dipped by 44 per cent. There has also been a reduction in the incidence of burglary,” Kumar said.

“However, when we look at the figures for murder and dacoity, there has been a rise of two per cent and eight per cent respectively,” Kumar admitted.

He clarified “all riots do not involve a clash between members of two communities. Technically, any attempt by a group of five persons or more to disrupt law and order qualifies as a riot. However, a reduction in the number does indicate that there has been a growth in social harmony”.

About the rise in murders, he said it has come to “our notice that a large number of killings follow a land dispute. In addition to whatever can be done directly through the law and order machinery, we are also working towards reducing land disputes by introducing measures like online mutation of land records.

Moreover, we are committed to further strengthening the law and order machinery. We are working on having separate units for law and order and investigation at all police stations and the process is likely to be complete by August 15 this year,” Kumar said.

He also told the assembly that police personnel were being provided with upgraded facilities, including modern weaponry, but at the same time those found guilty of laxity in performing duties were also being punished.

“A total of 127 such lax police officials, of whom more than two dozens are of Deputy SP rank, are facing departmental action,” the chief minister said.

Kumar also lamented the role played by social media in giving rise to social tensions, saying there is no accountability and these platforms have come to acquire a wider reach than even newspapers and channels.

“However, we try to keep such instances under check as far as possible without infringing upon the freedom of expression guaranteed to citizens by the Constitution.”

The Home department budget was subsequently passed by the House amid a walkout staged by opposition parties like RJD, Congress and CPI(ML).

MLAs belonging to these parties alleged that they were not satisfied with the explanation given by the government on the deteriorating law and order situation in the state.