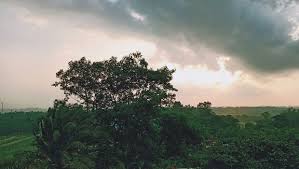 Most parts of Jharkhand won’t have rain for the next 48 hours due to a weak monsoon trough, weathermen said on Thursday.

Director of Ranchi Met Centre S.D. Kotal said rainfall had reduced due to the weakening of monsoon currents over Jharkhand. “The currents are expected to regain strength after the next 48 hours,” he said.

A bulletin issued by the Ranchi Met on Thursday afternoon indicated thunderstorm with lightning at a few places over Jharkhand on Sunday, August 18.

Met data revealed districts in northeastern parts including Pakur, Sahebganj, Godda and Deoghar had rain in the past 24 hours. Pakuria in Pakur recorded 85mm and Rajmahal in Sahebganj recorded 25mm. Pockets of Dhanbad and Bokaro districts and Jamshedpur recorded 10mm.

Against a normal of 676.1mm, Jharkhand has so far received 455.4 mm, a deficit of 33 per cent. Sahebganj is the only district with 11 per cent surplus.