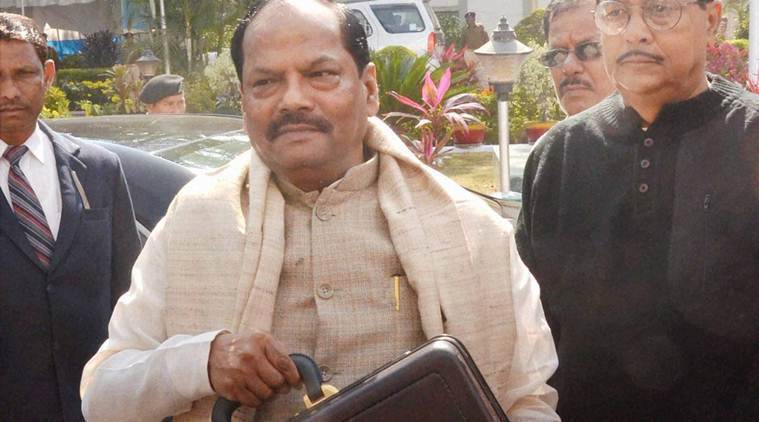 During our reportage, we found out that the most vulnerable sections of the society are not getting the benefit of central schemes.

All such schemes have been implemented as per the 2011 Census. I am aware of what you have mentioned. I frequently speak to people and it will be addressed. By 2022, nobody will be left homeless, but this will not happen quickly. It will take time.

You have said the government has focused on roads, electricity and water. At Maspera, Sundarpahari, in Godda, ill people are being carried to hospitals on cots because there is no road. Water scarcity has been the biggest problem of the state capital during summer. You once said you will provide 24×7 electricity, that has not happened.

A government needs at least 10 years to complete its work. I am not saying Ram Rajya has come. At Sundarpahari, the local MLA is from JMM. What did they do? On electricity, I was misquoted. I had said electricity will reach every village….it has reached 30 lakh more houses in the last five years — compared to 39 lakh in the last 14 years…It will take time. Regarding water, we have started conservation. There is no scarcity of water, but it has to be managed well…

The government put thrust on Momentum Jharkhand. What is the total investment that came in?

Work worth Rs 72,000 crore is going on in sectors like power, food processing and textiles. In the coming years, Jharkhand will become a textile hub. Garments are being exported to European countries over the past two years. Now footwear will be manufactured in Jharkhand.

But how much is the business it is generating worth?

You think only if it is big business. My focus is on MSMEs because I have to end poverty and MSMEs are the spine of the economy.

Recently, Jharkhand Federation of Chamber of Commerce and Industries put up several hoardings in parts of Ranchi targeted at the state government’s “insensitivity” towards the businesses. They complained they were facing issues in starting businesses and much- touted single window clearance was not implemented.

I have not been monitoring it since last six months, but in every district a nodal officer has been appointed for this purpose. There may be one or two stray incidents and I am not rejecting the claim entirely.

You have created land banks where the government acquired uncultivated and common land to attract investment. Many have criticised this and said the tribals or villagers were not spoken to.

These are people who are anti-development and do not want growth of the poor. When I conduct choupals, I ask people did the government take the land? The answer is in negative. It is the government’s land. So, land mafia and anti-development people are having a stomach ache. People who took away land are now talking about land rights now. Look at the violation of Chotanagpur Tenancy Act and Santhal Pargana Tenancy Act by the Soren family.

You have initiated an inquiry against them…

So what is happening in the case…

A showcause notice has been issued to them after we received complaint.

Mob violence has become a nuisance in Jharkhand. Recently, a Christian tribal in Khunti and Tabrez Ansari in Saraikela, who was made to chant Jai Shri Ram, died. In the last three years, 21 deaths happened due to child-lifting rumours and on the suspicion of cow slaughter or beef possession. Also, more than 90 people have died after being suspected of witch-hunting. Why is this happening?

Mob lynchings are not just happening in Jharkhand. Is it not happening in Delhi, Bihar or Congress-ruled states? First of all, this is wrong . Nobody has the right to take law in their hands. As for the 20-21 deaths, the dead were deranged people who were lynched on the suspicion that they were thieves. If you leave one or two incidents, maximum people who died were deranged. I am keeping a tab and have directed police and the administration to handle it effectively, but it should not be made a political agenda.

What about incidents where mob violence is driven by religious polarisation, such as the Tabrez Ansari case.

This should not happen and this is wrong. People should not see Hindus and Muslims in cases of lynching. This is being done by parties indulging in vote bank politics. If a Muslim dies, it becomes an issue…AAP came from Delhi to Saraikela to give Rs 5 lakh (in the Ansari case), how many other lynching victims’ families have they reached out to? They are not pained by the lynching, they have to play vote bank politics. This is wrong.

What directions have been given?

Police are meeting a lot of people in the villages to make them aware. But social media is a problem. Something happens somewhere and people want to spoil the environment

But the witchcraft killings…

This is mostly specific to Gumla, Khunti and Lohardaga areas. People need to be more aware. We have made a law, but the tribals in the villages are still uneducated and uninformed. The society needs to sort this issue and take responsibility. The government makes announcements in various villages against the practices. The civil society should also come forward.

Regarding implementation of MGNREGA, some people told us that getting money for work done takes time. Some people don’t opt for it. Recently, in Chanho block, a person allegedly committed suicide because he incurred debts after he got a well constructed under NREGA and did not receive money. The state’s liability under NREGA’s components is high.

There is corruption at the lower levels and we are trying to make it more transparent. There is corruption at the block level and in times to come we will it make it corruption-free. There has been a lot of improvement. Yes, liability it there, and I have asked to create a special fund for the payments under NREGA because the fund comes from the Centre. So that we don’t have to wait for the central fund and we clear the payments and later adjust it. Why should a poor person wait?

But the PESA Act has not been implemented in the state?

Any development work conducted in the state is done after talking to the Gram Sabha. How can one say it is not being implemented?

During the Pathalgadi agitation, a lot of people were arrested and sedition cases were invoked. The same was done against a few activists who supported Pathalgadi on social media? Recently, Arjun Munda said in an interview that the state government should review this?

Whatever has happened is under the law and I dont want to comment. But yes, no innocent should be implicated. There are different views, but I don’t interfere.

In Jamshedpur and Saraikela, a lot of labourers were laid off during a recent slowdown in automobile sector. What is the status now and has the state government done anything?

Measures were taken by the Central government and things will normalise soon.

Migration has been an issue in Jharkhand?

It is no longer the case. The situation is reversing after we set up various companies. People are getting jobs here.

The Aadhaar-based biometric authentication in PDS led to exclusion of many beneficiaries.

Now everyone has Aadhaar. We have also given directions that ration be given even if there is no biometric authentication.

What is your stand on NRC?

People who are Bangladeshis have to go. We will implement NRC.

What is your understanding of the political climate in Jharkhand after the results in Maharashtra and Haryana where the BJP could not achieve its target?

One cannot compare one state with the other. These states do not have 26 per cent tribals. We will aim high. We will definitely win 65 plus seats in the Assembly polls.

A strong opposition is important for democracy. What would you say about the opposition in Jharkhand?

A critic is very important so that gaps in governance is known. But I am sad that here the opposition is very weak. There is infighting in the Congress. Within JMM, brothers were fighting. In RJD, there was a split. The opposition should work hard, but it is sad that the opposition does not want any Raajhit. They want Swahit. The people have started understanding that and they will be shown the doors.