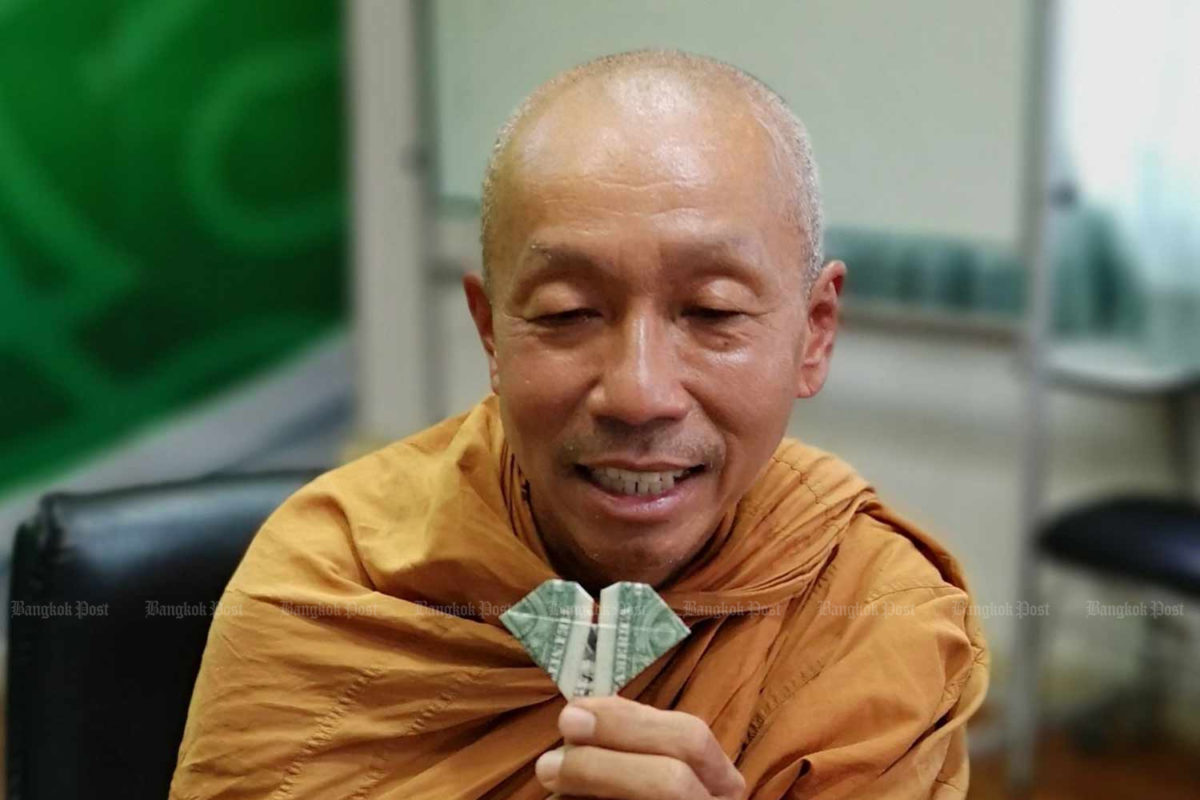 A Thai Buddhist monk recently returned to Thailand after finishing his walk across America to promote world peace.

Phra Sutham Nateetong, 59, completed his walk from Santa Monica, California, to New York on June 30 and returned to Thailand on Wednesday.

His journey from the West to the East Coast of America took him 121 days to complete and spanned 5,013 kilometres.

“America gives you a picture of the world. I saw all kinds of people and faced all kinds of weather conditions during the walk,” he said.

Phra Sutham received support from people all over the United States.

“Native Americans were very supportive of me,” he said. “They appreciated my presence and gave me blessings whenever we met.”

He added that Laotians and Thais in America were also very supportive of his journey.

Fans took turns accompanying him and sharing the news about his walk with those living in the areas that he was passing through. Some offered him food and money, while others travelled for several hours just to pay their respects, he said.

In some areas, he became the talk of the town because none of the residents had met a Thai person or a Buddhist monk before.

He also insisted on continuing his entire trek by foot despite pressure from some supporters to pass through certain areas using a vehicle, due to fears of potential attacks.

“They prioritise peacebuilding so much. American people love peace, not war. Only capitalists and weapons and oil traders want wars. They manipulate politics too. But ordinary Americans love peace and live peacefully,” he said.

Some cities and towns such as Eureka, California, provided protective police motorcades anyway.

“I think people know that I went to promote peace and nothing else. They understand,” he said.

“Learning to live with those who think differently from us is an art that brings happiness to people and the world,” he added.

Phra Sutham plans to resume his walk in France after he spends Buddhist Lent in Bodh Gaya, India, where Lord Buddha is believed to have attained enlightenment beneath a Bodhi tree.