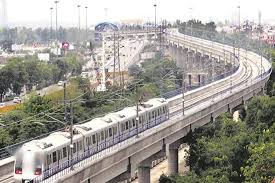 Patna Metro: Commuting across Patna to get easier with the upcoming metro project in the city! Bihar Chief Minister Nitish Kumar has asked officials to start the work on Patna Metro project at the earliest and also to ensure adequate action while carrying out the land acquisition for the proposed metro corridor. The Chief Minister directed the officials of the Urban Development and Housing department to start the work, following a presentation given by the Principal Secretary of Urban Development and Housing department on ‘Patna Metro Rail Project’. The Principal Secretary updated Kumar about the progress the Patna Metro project has made so far, according to a PTI report.

According to Nitish Kumar, the upcoming Patna Metro project, which is likely to be developed at a cost of around Rs 13,000 crore, will give “new speed” to Patna city. Last year on October 9, the state cabinet approved its Detailed Project Report (DPR) and sent it for the Centre’s approval. PM Narendra Modi-led Cabinet approved the Patna Metro project in February this year. The foundation stone for the big infrastructure project was laid by PM Modi in the same month.

Under the first phase of the project, the Patna Metro will have two corridors. The first metro corridor will be between Saguna Mor-Bailey Road-Patna Junction- Mithapur bus stand. While the second corridor will be from Patna Junction to the proposed bus stand, located at Bairiya on Patna-Gaya road. Some of the major Patna Metro stations will be at Gandhi Maidan, Dakbungalow Chowk, Ashok Rajpath, Saguna More, Bailey More, Danapur.

It is being said that the Patna Metro project will provide an alternative mode of communication to a population of 26.23 lakh. The metro project will also focus on the last-mile connectivity as there will be multi-modal integration with railway stations as well as ISBT. Additionally, Patna Metro is also likely to run feeder network of bus, Intermediate Public Transport (IPT) and Non-Motorised Transport (NMT). The project is expected to be complete in the next five years.