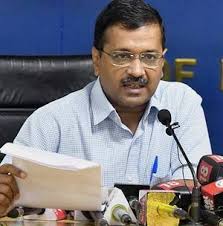 NEW DELHI: The Delhi Cabinet in its meeting on Tuesday, chaired by the Chief Minister, Arvind Kejriwal approved seven new destinations for Mukhyamantri Tirath Yatra Yojana. “In addition to the already functional five routes approved by the council of ministers earlier, the following seven routes are to be added to this scheme: Rameshwaram- Madurai, Tirupati, Dwarkadhish, Jagannath Puri-Konark-Bhubaneshwar, Shirdi, Ujjain and Bodh Gaya,” noted a statement from the government.

It has also been decided that in the existing Ajmer-Pushkar tour, Haldi Ghati destination will be added. “In addition to Three Tier AC Train, AC accommodation may also be provided wherever possible. Further, wherever yatris are required to be transported through buses, the same may be by 2X2 AC coaches wherever possible,” noted the statement.

The statement added that apart from the area MLA, any of the ministers in the Delhi Government and chairman, Tirth Yatra Vikas Samiti, Delhi government, may issue such a certificate irrespective of the constituency in which the applicant resides.

Earlier, the cabinet approved the Revenue Department’s proposal to begin the scheme titled Mukhyamantri Tirth Yatra Yojana to enable 1,100 senior citizens from each Assembly Constituency per year to undertake free pilgrimages, the expenses for which will be borne by the government. It is proposed that a total of 77,000 pilgrims will be able to avail this facility every year. In case applicants won’t be able to undertake the pilgrimage, he/she has to provide intimation upto seven days before the travel date. Otherwise, he/she shall not be eligible to apply under this scheme again.

All application forms are available online and shall be filed online either through Office of Divisional Commissioner or office of respective MLA or office of Tirth Yatra Committee. The selection of pilgrims will be done through draw of lots and respective area MLA will have to certify the residents as belonging to Delhi. All other modalities will be specified in the final notification. “This son of yours will send you on at least one tirth yatra in your lifetime. Your government has done a lot of development work over the last four-and-a-half years, but sending our senior citizens on a tirth yatra is one of the closest things to my heart,” said Delhi CM Arvind Kejriwal while launching the scheme earlier this month.