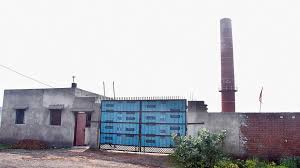 A soft coke unit, whose foundation stone was laid by none other than chief minister Raghubar Das in December 2017 as a showpiece project borne out of the state’s first Global Investors’ Summit earlier in the year, is yet to have a power connection.

BL Soft Coke Industry, set up by Sastrinangar industrialist B.L. Agarwal at Kalyanpur, about 13km from here, by investing around Rs 65 lakh, has been running on power from diesel generator sets, leading to higher costs that has adversely impacted the SME’s bottomline.

Worst, a scrubber installed as per Jharkhand State Pollution Control Board guidelines to control emissions, hasn’t been functioning properly for want of a regular power connection.

“We had high hopes when we went to Bokaro in December 2017 during the state’s third ground breaking ceremony. Foundation stones were laid online of as many as 105 units with chief minister Raghubar Das presiding over the function amidst much fanfare. But till now, one of our basic requirements hasn’t been fulfilled,” said B.L Agarwal’s son, Gaurav, who runs the unit on behalf of his father.

Gaurav said they had approached officials of Jharkhand Bijli Vitran Nigam (JBVNL) in Dhanbad more than 30 times ever since they had applied for an electricity connection on September 6, 2017. “But, we are yet to get a power connection. We are facing a lot of difficulties,” he said.

A year ago, Gaurav received a call from an official in the state government’s single window cell that is supposed to streamline permissions and clearances that entrepreneurs may require.

“I was asked if I was facing any difficulty. I told them about the delay in getting an electricity connection. But the issue is yet to be resolved,” he said.

Soft coke is a byproduct of coal with lesser ash content and moisture. BL Soft Coke Industry produces around 400 tonnes of soft coke per month for which it requires 30-40 litres of diesel to run generators and other factory equipment.

JBVNL junior engineer Chandan Kumar promised to resolve the issue in a day or two. “We have already completed all formalities for awarding a connection to BL Soft Coke Industry. There was an error in the company’s application form. Instead of applying for a 10HP (horse power) connection the factory applied for a 2KVA connection,” he said.

Gaurav admitted the error, but reasoned that it could not be the reason for such an inordinate delay. “The power connection could always have been given and the issue of load sorted out later. I can’t understand the reason for the delay when there is electricity in all the villages near my factory,” he said.

Jharkhand Industries and Trade Association general secretary Rajiv Sharma said the experience of BL Soft Coke shows how red tape is killing entrepreneurship. “JBVNL is earning a bad name for itself and for Jharkhand. The state government is framing policies for the convenience of businessmen with good intentions, but the benefit of the policies are not reaching the targeted people,” he rued.