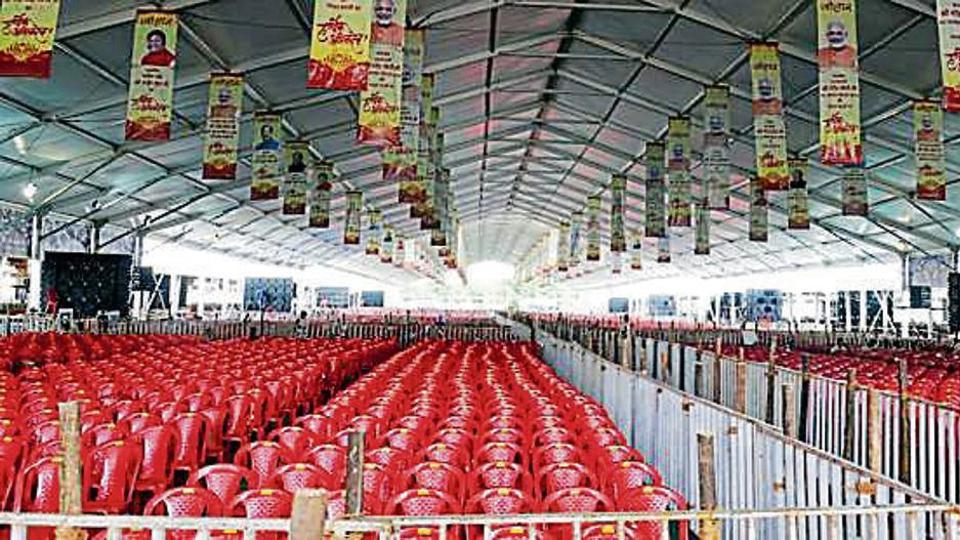 Prime Minister Narendra Modi will launch a slew of welfare and development projects from Ranchi’s Prabhat Tara ground on Thursday, weeks ahead of the assembly polls scheduled this year-end.

“The PM will also launch several national projects from Jharkhand, which will help the country as well as state’s development and welfare schemes,” said CM Raghubar Das.

A pension scheme for small and marginal farmers will secure lives of estimate five crore farmers across the country including 10 lakh in Jharkhand by providing a minimum pension of Rs 3,000 per month to those who attain 60 years of age. The scheme has an outlay of Rs 10,774 crores for the next three years.

In Jharkhand, more than 1.16 lakh farmers have registered themselves under the scheme so far. Only small and marginal farmer, who own cultivable land up to two hectares, would be eligible for the scheme. Besides, the farmers, who are between the age group of 18 years and 40 years, would qualify for the scheme.

India’s second riverine Multi Model Terminal built at Sahibganj will be inaugurated by the PM through a two-way digital communication system from Ranchi.

The minister of state for shipping (independent charge) Mansukh Mandaviya will be present at Sahibganj.

Constructed at Rs 290 crore, the MMT is expected to open up industries of Jharkhand and Bihar to global market and provide Indo-Nepal cargo connectivity through waterways route. Besides coal, stone chips, fertilizers, cement and sugar and other commodities expected to be transported through the terminal.

The Sahibganj Multi Model Terminal is estimated to generate 2,500 jobs.

The PM will launch construction of 462 Ekalvya Model Residential School in tribal dominated blocks across the country by 2022. A total of 69 such schools will be started in Jharkhand. These will be opened in every block with more than 50% tribal population as well as those that have at least minimum 20,000 tribal population.

Jharkhand will get its new assembly building after 19 years of its creation. Built at Rs 465 crore on 39 acres of land, the assembly building has the seating arrangement for 162 members. Separate press gallery, officers’ gallery and visitors’ gallery have also been constructed in the building. Besides, it has 22 rooms for ministers and 17 for assembly committees.

The Prime Minister will lay foundation of Jharkhand secretariat building, which will come up on 40 acres of land next to the new assembly building in the core capital. The state cabinet has recently approved Rs 1238.92 crore for construction of the building.