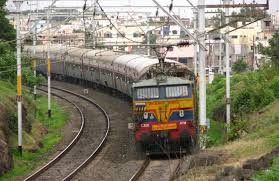 New Delhi: The Modi government, in its second tenure, is once again considering having a unified transport ministry through combining the road, railways, civil aviation and shipping ministries, officials familiar with the matter told ThePrint.

“We have recommended that the way forward is a unified transport ministry to provide integrated multi-modal solutions,” one senior official who did not want to be named said.

The secretarial panel is likely to make a presentation before the Prime Minister soon. “A final call on whether to go ahead with the recommendation will be taken only after the meeting with the PM,” the official added.

An omnibus transport ministry is not a new concept. Countries such as China already have it — the country’s Ministry of Transport is mandated to make regulations for road, railways, water and air transportation. Cities like New York and London have a single body to govern public transport.

The panel on infrastructure, headed by aviation secretary P.S. Khairola, has also recommended that the role of the existing aviation regulator — Airports Economic Regulatory Authority — could be expanded to cover the entire transport sector.

As of now, close to half-a-dozen central ministries, including roads, railways, housing, civil aviation and shipping cater to the transport sector. Almost all of them work in isolation, with minimal or no coordination with each other.

“The idea is to have some kind of coordinated planning while setting up a road, railway line or airport,” said a road ministry official privy to the matter. “Presently, all the sectors are working in silos. A coordinated approach will not only improve efficiency but will also go a long way in cutting costs.”

The official added that it is one of the recommendations made by the group of secretaries on infrastructure. “Nothing has been decided on what will be its structure. Whether it will be an omnibus ministry of transport or an integrated transport planning body that will decide on projects and investment to be made in the sector.”

Citing an example, another senior official working in one of the infrastructure ministries said, “Suppose an airport is being planned in a remote area. An integrated approach could help in planning a rail or road linkage to connect to the airport.”

Not the first time

This, however, isn’t the first time that an ‘omnibus transport ministry’ idea has come up.

In 2014, the National Transport Development Policy Committee, chaired by former RBI governor Rakesh Mohan, had in its report recommended setting up a single unified transport ministry.

The report batted for a unified ministry of transport at the Centre with a similar merger of transport functions at the state level.

But not much came of it.

Union Road Transport Minister Nitin Gadkari has in the past five years spoken about the need to have an integrated, multimodal transport planning body to increase efficiency, in numerous public fora.

In fact, in its first term, the government had set up an infrastructure committee headed by Gadkari to address bottlenecks that were stalling big-ticket infrastructure projects. Besides Gadkari, ministers from the railways, shipping, petroleum among others were part of the committee.

The idea to have an omnibus transport ministry elicits a strong response from transport sector experts. While some experts feel that it’s about time that India too has a unified transport ministry, many think that it is “unimplementable”.

Former Railway Board chairman Arunendra Kumar said that this kind of a merger is not a good idea. “It will be difficult to implement,” Kumar said. “Take for instance railways. It’s a huge setup and demands a high degree of specialisation and resources. The entire machinery is well oiled. I don’t think unification is required. It will only add to the red tape.”

However, a road ministry official who did not want to be named said that the integration being proposed will not be at the “operational” level but at the level of planning and investment.

“We have limited resources. Private investment is dwindling,” he said. “In a situation like this, an integrated approach will go a long way in planning and using the available resources judiciously.”