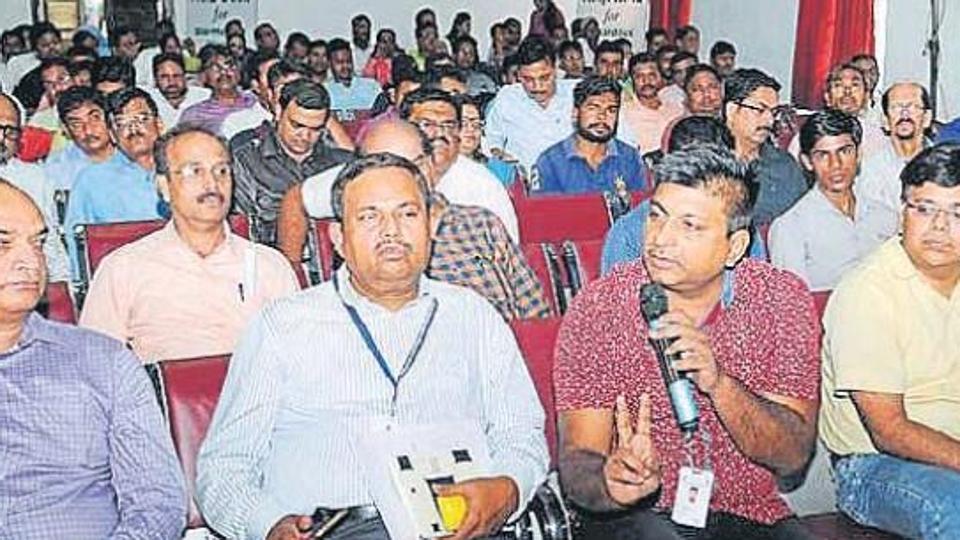 In a bid to deal with biomedical waste hazard in Jharkhand, the state pollution board on Tuesday held a meeting with the government authorities as well as private health service providers in Ranchi.

Jharkhand State Pollution Control Board (JSPCB) has come up with several offers to woo the hospitals, nursing homes and clinics to get their institutions registered with the board at the earliest.

The board has slashed fees for consent to establish (CTE), consent to operate (CTO) and authorisation by 50%, said JSPCB chairman AK Rastogi. “The offer is applicable for only two months. After August 31, the relaxation will be withdrawn,” he said.

For example, authorisation fee for the hospital having up to four beds is ?1,000 annually. If hospital takes authorisation by August 31, it will have to pay ?500.

Similarly, hospitals having bed capacity of more than 200 have to pay ?6,000 annually, while the actual fee is ?9,000 to ?11,000. JSPCB member secretary Rajiv Lochan Bakshi said that the board would prohibit the operation of individual or private incinerators and the wastes of hospitals in periphery of 70-km radius would be treated at a common bio-medication waste treatment facility (CBWTF).

Bakshi said that two CBWTFs, one at Ramgarh and another at Lohardaga, were functioning. The CBWTF of Saraikela-Kharswan would start functioning very soon, while three more CBWTs are proposed and will be coming up in Dhanbad (Sindri), Ramgarh and Santhal Paragana.

The pollution board officials said if hospitals failed to get them registered with the board, they might have to face legal action. As per the provisions under Section 15 and Sub-section-1 and Sub-section-2b of the Environment Protection Act, 1986, the defaulter could face five-year jail term or ?1 lakh fine.

Notably, the meeting was called a day after the report, highlighting the problems of bio-medical waste in Jharkhand, was published in HT on Monday.

As per a survey conducted by Delhi-based environmental group Toxics Link and Ranchibased NGO Lok Swar in 31 government and private hospitals of Ranchi, Jamshedpur, Dhanbad, Bokaro and Deoghar, found that these hospitals produce around 4,700 tonnes of bio-medical waste annually but 59%, around 2,700 tonnes, are left untreated and turns out to be harmful.