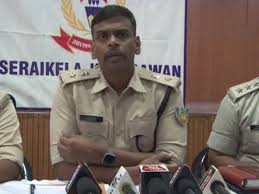 “We arrested Lakhan Sardar, resident of Chetanpur, and two supporters of Maharaj Pramanik, Tipura and Anam. They were involved in the killing of policemen in a landmine blast and ambush in the previous month. By cross-examining them, we also got to know the involvement of Lakhan in many incidents across the state, especially in the killing of policemen in June,” Kartik told reporters here.

Kartik added that the arrested Naxals are giving more information about the incidents and the modus operandi of their organisation. He added that many such operations by the police are ongoing in the state which will lead to more success in the future.

“Under the guidance of the Director-General of the Police (DGP), police have launched many operations against the Naxals to curb their influence. This success is a part of those operations which are ongoing in the state, more shall follow in the future,” Kartik said.