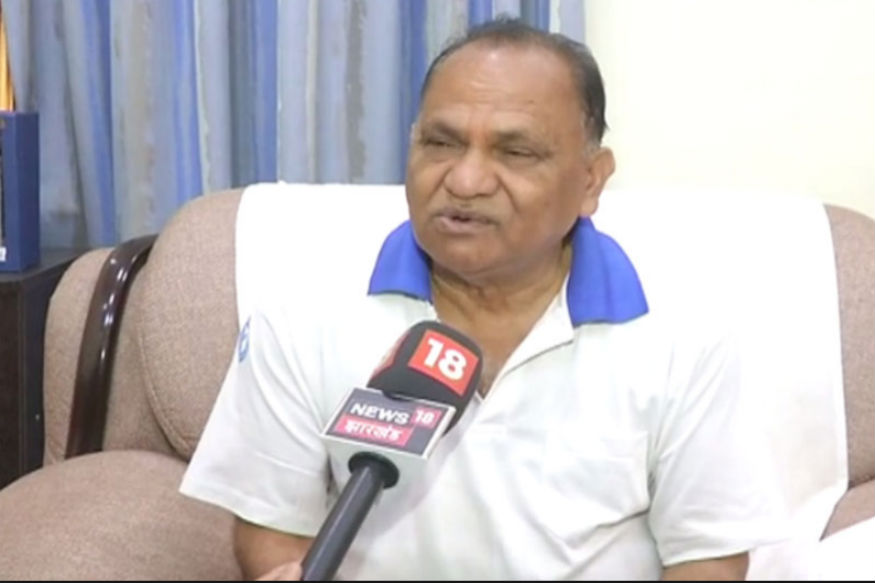 A man who was assaulted on suspicion of theft in Jharkhand’s Kharsawan district and beaten up for hours before being handed over to the police on June 18, succumbed to his injuries at a local hospital on Saturday.

Reacting to allegations that Ansari’s death was a result of mob lynching by right-wing outfits, Jharkhand minister CP Singh called it a “cut and paste” job of using whatever allegations fit such incidents.

“Trend is prevalent these days to associate such incidents with the BJP, RSS, VHP and Bajrang Dal. It’s a time of ‘cut and paste’ wherein who fits what words and where, it is difficult to say. The government is conducting an investigation. The trend to politicise such incidents is wrong,” Singh was quoted as saying by news agency ANI.

The incident came to light after several videos of the assault went viral on social media. In one of the clips, Ansari is seen being beaten with a wooden stick. At the end of another video, he is shown being forced to chant ‘Jai Shri Ram’ and ‘Jai Hanuman’.

“Tabrez was with two other men who had gone there to steal. The villagers caught them. While two of the men fled, Tabrez was caught by the villagers and beaten up,” Chandan Kumar Sinha, SP of Seraikella-Kharsawan told HuffPost India. The primary accused, Pappu Mandal, was arrested after his death.

In one of the videos, Ansari can be heard denying the charges against himself.

According to reports, Ansari worked as a welder and labourer in Pune and had returned to his home in Kharsawan for Eid last month and to get married.

A Jharkhand-based activist said Ansari left for Jamshedpur at 5 pm on June 18 with two men, unaware of where they were taking him.