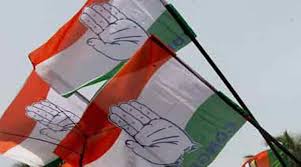 The protesters raised slogans such as “Dr Ajoy Kumar, go back, go back”. A source in the party said Ranchi block presidents Sudhir Singh, Tinku Verma and Ashutosh Nath Pathak, among other leaders, have been expelled.

“It was a sponsored protest where some people raised slogans and were creating some objection while I was entering the premises. However, disciplinary action has been initiated,” said Ajoy Kumar after the meeting. Sources said workers are protesting as some of them want Assembly tickets, but the state leadership wants to give tickets to “energetic faces”.

The meeting was held to discuss the party’s alliance with the JMM and Left parties in the state. Sources said that 20 of the 24 district presidents showed their support for Kumar during the meeting. “Talks on alliance were discussed and various leaders discussed about the number of seats Congress is likely to contest. We discussed contesting 40 seats,” the source said. However, Kumar refrained from commenting further on the alliance talks and said “they are still in the deliberation mode”.

Leaders said the trouble began when Kumar announced JMM’s Hemant Soren as the opposition alliance’s Chief Ministerial candidate for the Assembly elections, before the Lok Sabha polls. It was a strategic move for Kumar, but for the old guard this brought in resentment. Sources in the party said this infuriated Subodh Kant Sahay as he was not kept in the loop. “In a scenario when political coalitions change in 24 hours, how can a CM face be announced so much in advance. This completely lacked political acumen,” said one of the leaders.

Ranchi district president Sanjay Pandey said that Kumar induced “fresh air in the team” and had worked hard. “The problem now is that the old guard, who lost in the Lok Sabha elections, want to contest in Assembly. Kumar-ji will not let this happen and that is why roadblock has been created,” he said.

Sources in favour of Kumar also pointed to “indiscipline” in the party. Congress’s former minister and ex-MLA Banna Gupta had earlier criticised Kumar after which East Singhbhum district president Vijay Khan had issued Gupta a showcause notice. This move had also irked the old guard.