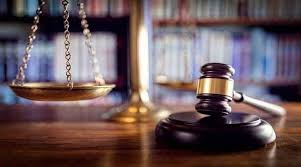 THE PUNJAB and Haryana High Court has ruled that a child welfare committee is well within its rights to ask a children’s home located in its jurisdiction to send back inmates of other states or districts to their home region in case it requires to accommodate local children in need of shelter.

Advertising
A single bench of Justice Tejinder Singh Dhindsa gave the verdict in the case of Ferozepur-based Arya Anathalaya, which was earlier this year asked by the district child welfare committee to send back nearly 104 children of Jharkhand to their home state.

Justice Dhindsa in the verdict, however, added that “even such course of action can be adopted only after consultation with the concerned child welfare committees in the home districts from where the inmates are currently lodged”.

Arya Anathalaya was established in 1877 for providing shelter to children who had lost their parents or had nobody to take care of them, its plea had said in the court. There are 104 – 60 boys and 44 girls – at the home, all of them from Jharkhand.

The HC said that the State counsel has not been able to cite any provision under the Juvenile Justice (Care and Protection of Children) Act, 2015 to construe that there is an embargo with regard to admitting children, who may be residents from outside Punjab. It, however, added that the child welfare committee wanted to admit local children to provide them the shelter but it was refused on the ground that the facility was already full to its capacity.

“If the petitioner Anathalaya declines admission to the children who are in need, for the reasons that it already has utilized its capacity to the hilt by admitting inmates from Jharkhand, no exception can possibly be taken to the decision of the child welfare committee, Ferozepur in calling upon the Anathalaya to send such inmates back to their home districts or states,” the order read.

Meanwhile, the State has told the court that the repatriation of the children staying in Anathalaya would be taken up with the child welfare committees of Jharkhand and put into operation in a phased manner and that too with proper consultation and co-ordination with the concerned child welfare committee of Khunti and Ranchi districts in Jharkhand.