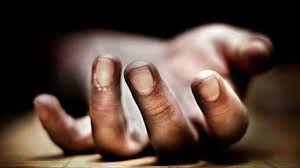 Last Wednesday, when Milind Kumar Madhur, a 28-year-old assistant manager of Canara Bank, was stabbed to death by a gang on a running train in Bihar’s Lakhisarai district, the incident only served as a rude reminder about the risky conditions that bankers regularly face in Bihar.

Milind, who lived in Bettiah in East Champaran district, was returning from Gaya to Jamui by Gaya-Jamalpur passenger train after attending a meeting with the senior officials of the Canara Bank. The victim’s belongings including his wallet were found intact, which clearly indicated that the criminals were sent to kill the bank official. Police investigations are yet to yield significant breakthrough.

Incidentally, Milind is not the first Bihar-based bank official to have faced attacks. In October 2018, the police had recovered the body of Jaiwardhan, a branch manager of Regional Gramin Bank. His body was found floating in a Telaiya dam of Hazaribagh district in neighbouring Jharkhand.

In May 2018, Alok Chandra, Arwal branch manager for the Bank of Baroda, was shot dead. In July 2018, the police arrested six persons, including two-wheeler showroom owner for killing Alok Chandra. Chandra was killed because he objected to diversion of Rs 1.5 crore loan taken by the showroom owner Brajesh Kumar.

“Who wishes to refuse loan applications and get killed? Many managers have compromised after a reality check,” says a Punjab National Bank Branch Manager posted in Patna district. The manager carries a gun to his office; but he does not mind issuing loans as dictated by local strongmen.

“Every bank manager in a rural branch releases loans worth Rs 5 crore every year. The middlemen fetches you good money if you release according to their whims. You might get a bullet if you don’t. The choice is simple,” he says.

More than a decade ago, Bihar was known for its Gunda banks. Groups of thugs had then transformed local money-lending operation into an organised business to pocket exorbitant rates of interests. A marked improvement in law and order and lucrative earning opportunities in the shape of bank loans, later provided a safer and much attractive career shift to these goons.

Today, local strongmen, criminals and politicians double as loan facilitators. As a strategic move, these loan-mongers usually facilitate only Kisaan Credit Card (KCC) and other agriculture loans; the disbursal of which are a priority of both government and the banks and hardly anything is done to recover the amount.

“A majority of rural branches of various nationalised commercial banks in Bihar have become a double-edged sword that cuts the in-charge bank officer both ways—one can either follow the middlemen-and get cut money in return– or get thrashed or worse; killed for disobeying the local criminals,” said a retired Punjab National Bank manager in Patna.

The intermediaries have developed a vice-like grip on banks. They operate upfront-arranging or forging eligibility papers for the loan-seekers to making the bank manager release funds-while bagging a king’s ransom a large slice of take from each loan released.

As vested interests are involved in loan disbursal, recovery of loans in Bihar has left a lot to be desired in Bihar. A total of 580408 certificate cases were pending for disposal in Bihar as on December 31, 2018, which involve a total amount of Rs. 4069 crores.