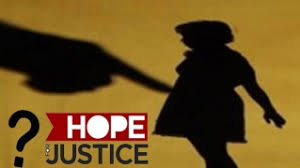 Patna: In horrific incident members of a panchayat in Bihar’s Gaya district “punished” a minor girl who was gangraped by people from her own village. The girl’s head was tonsured and she was paraded through the village, a police officer said here on Wednesday.

The 15-year-old girl was kidnapped by residents of her village on August 14 and gangraped, sources in the police headquarters said.

The girl narrated the incident to her parents who then approached the local panchayat for justice two days later.

However, the members of the panchayat accused the girl of making unfounded allegations against the accused, who enjoy clout in the area, and punished the minor by tonsuring and parading her through the village, they said.

The incident came to light when the victim and her parents lodged a telephonic complaint with the office of the Director General of Police a week after the panchayat’s verdict.

Six people, including five members of the panchayat, were arrested on August 26 after recording the statements of the victim and her parents, Mohanpur SHO Ravi Bhushan said.

Gaya Mahila Thana in-charge Ravi Ranjana said the arrested persons have been sent to judicial custody for 14 days after being produced before a designated court while the girl’s statement was recorded before a magistrate after her medical examination.

She said the girl is yet to recover from the trauma but has been able to identify one of the accused.

Meanwhile, the State Women Commission has shot off a missive to Gaya police chief, demanding speedy justice to the victim besides summoning the five panchayat members.

“It is a very serious matter. We have asked the Gaya SSP to ensure that the accused are awarded strict punishment and the victim gets justice. We have asked the five panchayat members to appear before us and explain why such an inhuman treatment was meted out to a minor girl,” State Women Commission Chairperson Dilmani Mishra said.