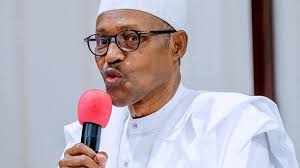 The President said extremism is giving Islam a wrong name.

He said this on Saturday, August 10, 2019, while felicitating with muslims.

He said, “Islam is a religion of peace and we should avoid violent extremist ideas that give Islam a wrong name because our conduct leaves more lasting impressions than what we say by word of mouth.

“Violent extremism is the greatest challenge facing Islam today and the only way we can neutralise its evil influence is to distance ourselves from the activities and teachings of those who preach indiscriminate violence against innocent people. This flies in the face of the teachings of Islam.”

In a statement by his Senior Special Assistant on Media and Publicity, Mr Garba Shehu, Buhari also advised parents to “protect their children from the deadly exposure to violent extremists who manipulate and exploit those children for their own evil agenda.’’

He also said that the extreme idea of Boko Haram became a major force because Muslim societies failed to act on time to stop the style of preaching by extremists.

He said, “Boko Haram became a deadly force and a major security scourge because Muslim societies were indifferent from the beginning to the activities of extremist preachers who manipulate innocent and gullible followers.”

He, however, assured Nigerians that his administration was working hard to bring an end to Boko Haram terrorism, kidnappings and banditry.