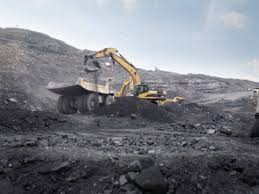 Ranchi: Jharkhand Chief Minister Raghubar Das on Friday said that the coal companies should follow the norms and develop parks where mining has been completed.

In a meeting with Union Coal Minister Pralhad Joshi in Ranchi, the Chief Minister said: “People have no option but to live in dust in mining areas. We should make efforts to get them rid from dust”.

“As per the norms park or public utility places should be developed in the areas where mining has been completed. But such norms are being ignored. The dust is causing hazardous diseases among people,” said the Chief Minister.

Das also demanded that the people who were displaced due to mining should be given jobs.

The Union minister agreed to give jobs to the displaced people.

“One person in each family whose lands were acquired for mining in the Bharat Coking Coal Limited (BCCL) areas would be given job as per the qualification,” Joshi said.

The Coal Minister also agreed that Coal India subsidiaries will do Corporate Social Responsibility (CSR) activities as per the priorities of the state government.