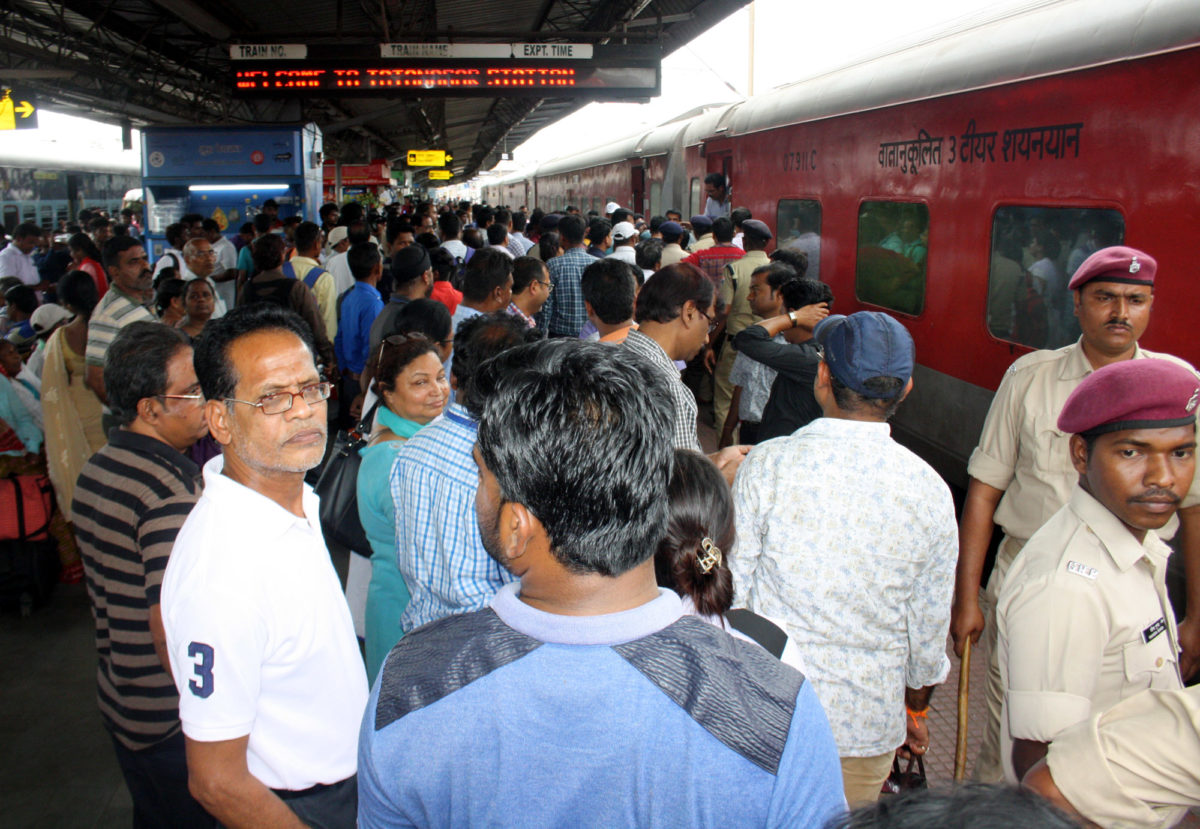 It’s the Chhat season, and people of Bihar from all over the world like to come back to their roots to celebrate the festival.

For the convenience of the travelling passengers and to clear extra rush during Diwali, Chhath and Winter holidays, South Eastern Railway has decided to temporarily augment  Rourkela-Bhubaneswar Intercity Express by attaching four extra general chair car coaches during the period from  October 21  to  December 31.This is in addition to one AC-3 Tier Coach already attached on temporary basis till December. Meanwhile, officials at the computerised ticket-booking centre at Tatanagar revealed that Puri-New Delhi-Purushottam Superfast Express, Neelanchal Express and other long-distance trains that travel via Bihar had also long waiting lists. “Trains plying between Tatanagar and various destinations of Bihar are already packed to capacity because of the heavy passenger rush and the waiting list of the two popular Bihar-bound trains, South Bihar Express and Tata-Chhapra, has already crossed the 150 mark,” said an official at Tatanagar.

Even so, many passengers are unable to reserve seats and were stuck in serpentine queues in front of booking counters. The waiting lists on the important trains had crossed the 200 mark, railway sources said.

“We are aware that  the trains are running full and some of the passengers are facing problems. But the railways are trying to cope. We want everyone to come down to their families in Chhath,” noted the official. He said that that adequate arrangement at the platform is being made to deal with the rush and avoid commotion and trouble. “Announcements are made continually, asking passengers to remain calm and maintain order. Moreover, we are not changing the platform for train arrivals. Once the announcement about a particular train arriving at a particular platform is made, trains are not switched to alternative platforms, even if it leads to trains being late. Changing platforms, may lead to confusion and stampede as the platforms are so overflowing,” the official said.

He went on to add that Chhath is an important festival for the people of Bihar, Jharkhand and Uttar Pradesh. “Every year people in large number visit their native places.

Plans are there to add coaches to several Bihar bound trains to clear the extra rush of passengers. We are expecting a notification in this regard from Garden Reach, headquarters of South Eastern Railways in a day or two,” he said.