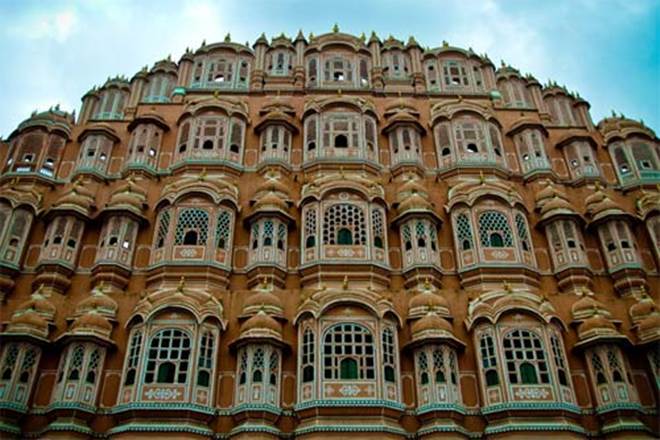 India Tourism: Big boost for Indian tourism! In order to give a boost to the tourism sector in India, the Union Ministry of Tourism has decided to develop 15 thematic circuits across the country in a planned and prioritised manner under the Swadesh Darshan scheme, Union Minister of Tourism Prahlad Singh Patel informed the Lok Sabha in a written reply on Tuesday. The circuits set to be developed are the North-East Circuit, Himalayan Circuit, Krishna Circuit, Buddhist Circuit, Tribal Circuit, Coastal Circuit, Eco Circuit, Tirthankara Circuit, Wildlife Circuit, Desert Circuit, Ramayana Circuit, Spiritual Circuit, Rural Circuit, Sufi Circuit and Heritage Circuit.

Financial Express Online looks at what each of these circuits has to offer.

The North-East Circuit focuses on developing tourism-centric sites in Assam, Arunachal Pradesh, Manipur, Meghalaya, Nagaland, Mizoram, Tripura and Sikkim, in order to offer the tourists an experience of the stunning beauty of the North-East, along with its mesmerising landscape, Buddhist monasteries, its exotic and rare flora and fauna, refreshingly unique culture, indigenous sports and folk arts and handicrafts.

Out of the many destinations included in the circuit, some are the Orchid Lake Resort, Umiam Lake View and Krang Suri Waterfall in Meghalaya, Gunabati Temple, Mahadeb Bari Udaipur and Bhubaneshwari Temple in Tripura, Khongjom and Imphal in Manipur, Sarong Monastery and Sela lake in Arunachal Pradesh and Sapta Kanya Waterfall in Sikkim.

Several people in India often travel for religious purposes. Keeping this in mind, the Krishna Circuit focuses on developing those sites which are linked to the legends of Lord Krishna.

The Circuit includes developing certain places in Kurukshetra that are linked to Mahabharata and equipping them with facilities like WiFi, CCTVs and security systems. It also includes the development of Govind Devji Temple and Charan Mandir in Rajasthan.

The Buddhist Circuit includes pilgrimage destinations for Buddhist tourists. Though Lord Buddha was born in Lumbini, which now falls in Nepal, he grew up in India, attained enlightenment here, delivered sermons across India and also attained Mahaparinirvana in India itself. Therefore, for Buddhist pilgrims, India is an important country and the circuit focuses on developing important sites linked to Lord Buddha in India.

Some of the destinations included in the circuit are Bodh Gaya in Bihar, Srawasti, Kapilwastu, and Kushinagar in Uttar Pradesh, Sanchi, Mandasaur and Dhar in Madhya Pradesh, Baba Pyare Caves and Khapara Kodiya in Gujarat, and Amaravati and Anupu in Andhra Pradesh.

India has a vast tribal culture, which spans across several states like Odisha, Chhattisgarh and Jharkhand. These tribes have, for decades, been maintaining their indigenous culture, not letting it get diluted due to the modern world. The Tribal Circuit attempts to allow tourists a glimpse into the world of Indian tribes and their traditions, culture, art, etc.

The Indian Tribal Circuit currently covers the states of Telangana, Chhattisgarh and Nagaland.

The Coastal Circuit covers the 7,517-km-long coastline of India and covers the different beaches that India has to offer in states and Union Territories like Goa, Maharashtra, Kerala, Puducherry, Tamil Nadu, Andhra Pradesh, Karnataka, Odisha and West Bengal. It also covers the islands of Lakshadweep and Andaman and Nicobar.

The destinations include Dubrayapet in Puducherry, Cellular Jail and National Memorial in Andaman and Nicobar Islands, Barkul in Odisha, Rua De Orum Creek and Anjuna Beach in Goa, Vijaydurg Beach in Maharashtra, Kanyakumari and Rameswaram in Tamil Nadu and Irrakum Island and Venadu Island in Andhra Pradesh.

With an aim to bridge the gap between tourists and nature, the Eco Circuit covers the nature and environment-friendly tourist destinations across Kerala, Jharkhand, Telangana, Uttarakhand, Madhya Pradesh and Mizoram.

The Jain religion has its roots in India and so there are numerous shrines in India for the Jains. This circuit aims to provide the tourists with the unique architecture of the Jain structures, their cuisine and crafts.

India has a vivid range of flora and fauna, and is the wildlife hub. It is then natural that a circuit would cover the various wildlife that our diverse country has to offer. It covers the various national and state wildlife preserves and sanctuaries.

India is a land of numerous terrains, and just like its mountains and coasts, it has great deserts too. The deserts span from the sand dunes-marked Thar to the arid lands in Kutch and the dry and cold valleys of Leh and Himachal.

So far, the destinations only include Rajasthan. Some of the places in Rajasthan covered in the circuit are Shakambhari Mata Temple and the Sambhar Salt Lake.

Much like the Krishna Circuit, the Ramayana Circuit traces the places that are linked to the legends of Lord Rama. So far, this only includes Uttar Pradesh.

Some of the UP destinations include Ayodhya, Laxman Qila and Chitrakoot.

All over the world, India is known as the land of spirituality. It is a must-go-to place for all spiritual tourists. It would then be odd if India did not have a spiritual circuit.

Some of the destinations included in the circuit are Sri Venkateswara Swamy Temple and Vinorpu Annai Church in Puducherry, Sabarimala Temple and Caldian Syrian Church in Kerala, Patna and Vaishali in Bihar, Kaushambi and Mirzapur in Uttar Pradesh, Waki and Adasa in Maharashtra, Kaina Temple and Shri Shri Gopinath Temple in Manipur and Bharthari Temple and Gopinath Ji Temple in Rajasthan.

It is no secret that the real, true India resides in its villages. The original cultures and traditions of India are still preserved in the places which are surrounded by kuchcha roads and a sense of home. Rural India is the heart and the soul of the country, and anyone who wishes to understand India in its true sense ought to visit these villages. With this in mind, the government is developing the Rural Circuit.

The destinations covered in the circuit include Turkanlia and Chandrahia Theme Park in Bihar.

While no destination has yet been added to this circuit, its aim is to make available to tourists the age-old Sufi culture of India. The culture emphasises on diversity and communal harmony and has its own unique music and art.

India is a land of a rich heritage that has built over the country over centuries. The land of Taj Mahal, India has as many as 36 UNESCO recognised world heritage sites and another 36 are in the tentative list. With this backdrop, the government’s Heritage Circuit gives the tourists glimpses of the lesser-known but abundantly available heritage sites.

With the development of these circuits, several lesser-known places of cultural and historical importance will come into the limelight and benefit from the boost in the tourism industry. India has, for years, remained a hot destination for tourists, domestic as well as international, and it is time that these undermined places also get discovered for the rich culture they have to offer by way of these thematic tourism circuits.