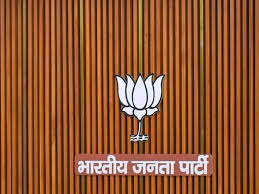 A BJP MP from Jharkhand has demanded a railway zone in state capital Ranchi, close on the heels of the railways approving a separate zone, South Coast Railway, despite an internal committee advising against the move.

Sanjay Seth the MP from Ranchi met Railway Board Chairman V K Yadav on Tuesday and listed 31 demands of the state relating to railways.

A letter submitted to Yadav demanded, “Immediate creation of a new zonal office at Ranchi in pattern of South Coast Railways, which is the newest zone of of Indian railways created just before general elections.”

“Jharkhand gives more than Rs 20,000 crore per year of only freight revenue, which makes the state more than deserving to have a zonal headquarter in state capital of Ranchi,” it stated.

The letter said that the zonal headquarters can be created by either shifting the present headquarter of South Eastern Railway from Kolkata to Ranchi or by merging certain portions of East Central Railway like Dhanbad division with Ranchi.

“If a zonal office is not created immediately, Jharkhand will never be able to harvest the benefit of its mineral resources and will always be remotely controlled by Bihar and West Bengal,” it said, adding, “Jharkhand was carved out of Bihar on a similar logic and now it is high time to separate its railways from the two states.”

The South Coast Railway, the new railway zone in Andhra Pradesh with headquarters in Visakhapatnam and covering the jurisdictional area of Vijayawada, Guntur and Guntakal divisions, was carved out by the railways with the former Waltair division being merged with Vijayawada division.
Seth has also demanded a Rail Neer plant at Aragada, connectivity to smart city, running the Ranchi Rajdhani on all seven days of a week, licensing of coolies, ambulance services, LHB rakes for trains among other amenities.