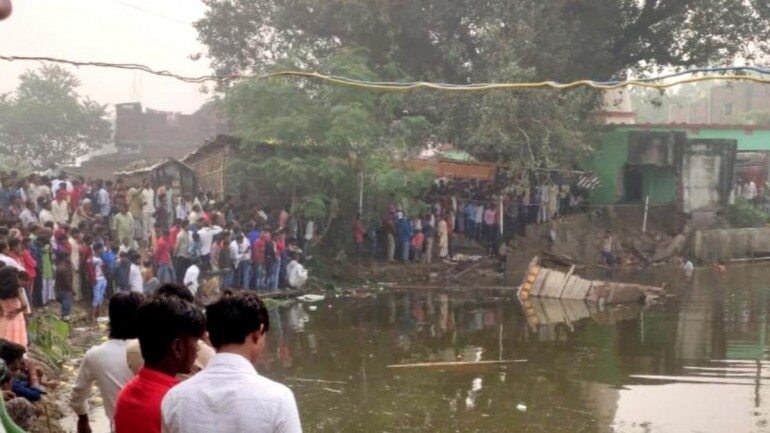 Three people, including two women and one man, were killed and many injured after a temple wall collapsed in Bihar’s Samastipur during Chhath Puja celebrations on Sunday.

Several devotees have been feared trapped under the debris after the wall of Kali temple in Badgaon village of Hasanpur police station area collapsed.

A team of State Disaster Response Fund (SDRF) is at the spot and rescue operation is underway.

Also, Rosera SDO and DSP are at the scene to probe the matter.

Officials feared that the death toll may go up as many may have been buried under the debris of the collapsed temple wall.

Meanwhile, a compensation of Rs 4 lakh by the government have been announced for the families of the deceased.

Earlier in a separate incident, two minors were killed in a stampede during Chhath puja celebrations in Suryanagari Dev area of the district on Saturday evening.

The deceased include a six-year-old boy from Patna’s Bihta and a 1.5 year-old-girl, resident of Sahar in Bhojpur. Some other devotees also sustained injuries in the incident during the incident.

Officials and security personnel deployed at the area immediately sprung to action to control the mob and prevent any further escalation of the unfortunate situation.

District Magistrate Rahul Ranjan Mahiwal and Superintendent of Police (SP) Deepak Barnwal also met with the kin of the deceased and expressed condolences.

The officers said they will ensure an ex-gratia to the family members and will make necessary arrangements to ensure that the incident does not recure.