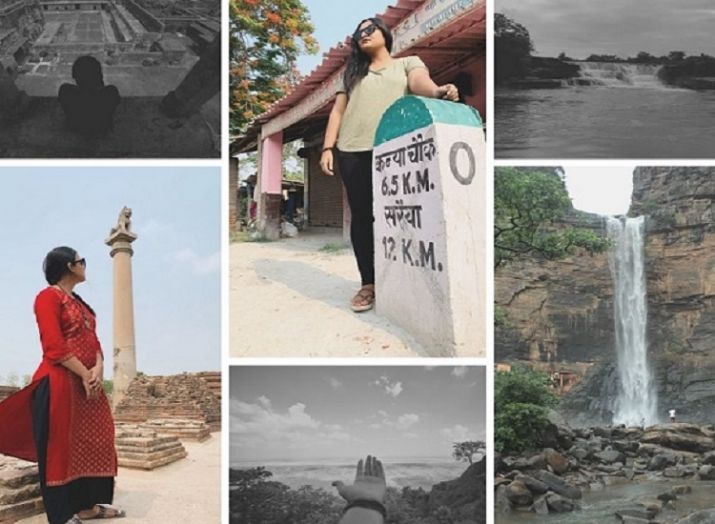 The very mention of Bihar brings images of an under-developed society into the mind — when the state clearly has emerged as one of the fastest growing regions in India, clocking over 10 per cent annual growth for the past decade.

According to the Bihar Economic Survey, in 2016-17, the growth rate was 11.3 per cent, while the national average was 7 per cent.

Rapid growth in infrastructure, energy and communication sectors and public investment in roads played a major role in bringing the turnaround. Other important factor that contributed in the spurt of opportunities was the plethora of campaigners who worked tirelessly for changing the perception about Bihar.

Amongst the campaigners are two women — Yashi Malviya and Sukriti Yadav — who took it upon themselves to inform the world how beautiful Bihar can be.

The two women, both of them journalists, began a campaign through their website ‘Bihar Bytes’ and travelled to as many as 32 districts of Bihar. From their travel was born #biharsunonahidekho — capturing the essence of the state.

Under the hashtag, they ran video clips, photographs and stories about several unexplored places of Bihar — places that can be on the bucket lists of tourists — on the social media .

“One fine day, we Googled Bihar and we were shocked to see that there were almost no good images of the state on the internet. Bihar was perceived in a negative light. And there on we took it upon us to work and improve the image of the state,” Yashi Malviya, co-founder at Bihat Bytes, said.

Speaking to India TV, Sukriti Yadav, co-founder at Bihar Bytes, said, “I have heard several people say there was no place to visit in Bihar. We visited a lot of places which were not promoted. Manjhar Kund, Tutla Bhawani waterfall, Rohtasgarh Fort, Panth Pakkar, Darbhanga Fort, Rajnagar Palace, and others were on our list. We collected relevant data about the places to spread the word through social media, our website and various travel and blogger meet-ups.”

Perhaps a start is made — to attract people from across the world and the Bihari diaspora to come to explore the state.

The two campaigners now only hope that they bring a change in how Bihar is perceived in India and across the world.

“I have experienced a whole new world and a different side of Bihar which had been neglected. And I want everyone to visit those places. We have heard it enough that Bihar is a backward state. We believe that increase in tourism will give a boost to employment and economic growth of the state,” Sukriti signed off.