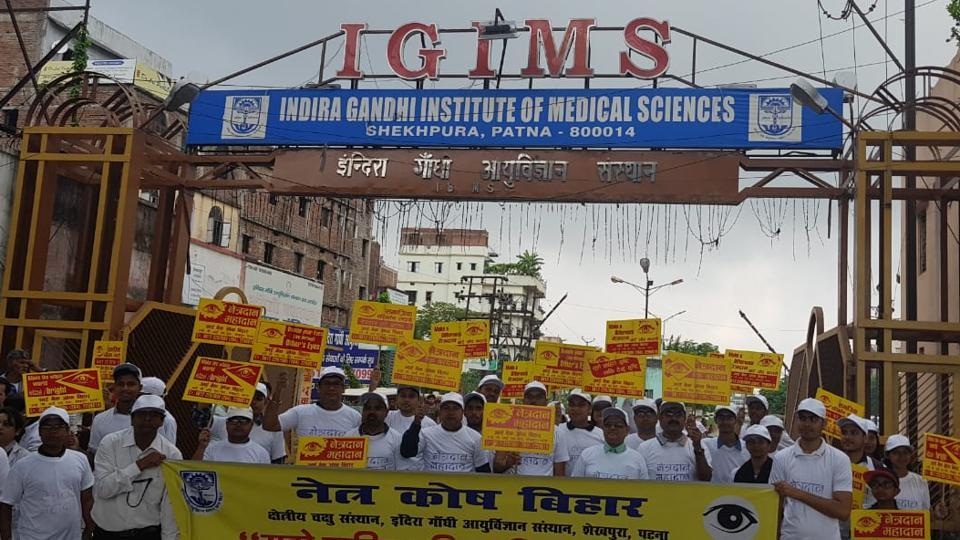 The IGIMS, which is Bihar’s only autonomous medical institution, built on the pattern of the All India Institute of Medical Sciences (AIIMS), has achieved many milestones during the recent past. Seeing its success, the state government now wants to replicate the IGIMS model at five other healthcare institutions of Bihar.

Bihar’s principal secretary, health, Sanjay Kumar, had recently said that the government was actively considering autonomy for five of its premier health facilities on the pattern of IGIMS.

Dr Nihar Ranjan Biswas, who belongs to the AIIMS-New Delhi and is on deputation to the IGIMS as its director, suggested that government doctors be given non-practising allowance (NPA) and should be available round the clock, as was the practice at AIIMS.

Dr Biswas had floated the idea of “full autonomy to medical institutions” in presence of health minister Mangal Pandey, speaker of the Bihar legislative assembly Vijay Kumar Choudhary and principal secretary, health, Sanjay Kumar, during a seminar on kidney transplant organised at the institute on May 26.

Sharing his recipe of success, Dr Biswas said, “Medical institutions should be granted full autonomy in the true sense. With autonomy, appointment of director as also selection of faculty members should be done through all-India competitions.”

Dr Biswas was also averse to the idea of extending free treatment to patients. “The government should subsidise the cost of treatment and diagnostic tests, but not make healthcare facilities available free of cost to patients,” he added.

Doctors were, however, divided on banning private practice in Bihar. While the Bihar Health Services Association (BHSA) supported giving doctors NPA and remuneration at par with the Centre, the Indian Medical Association (IMA), Bihar, opposed it, saying it should be “optional”.

“Government doctors should be given the choice whether they want to avail of NPA or not take it and do private practice. The decision to ban private practice should not be thrust upon all doctors. If doctors who do not opt for NPA were to resign, many government medical colleges will risk being derecognised by the Medical Council of India (MCI) due to faculty shortage,” said Dr Sahjanand Prasad Singh, immediate past president of IMA-Bihar.

Asked if that meant that doctors wanted to have the best of both worlds, Dr Singh said, “In a way, yes… but it will also benefit the state. Giving NPA and remuneration to all state government doctors at par with the Centre will be a huge burden on the state’s exchequer.”

Senior doctors of the two associations, on condition of anonymity, said that many doctors of AIIMS-Patna and IGIMS, all getting NPA, were continuing with their private practice due to poor implementation of rules.

The Bihar government had banned private practice and paid NPA to its doctors for a limited period of 11 months between March 1, 2000 and February 2001 before withdrawing NPA.