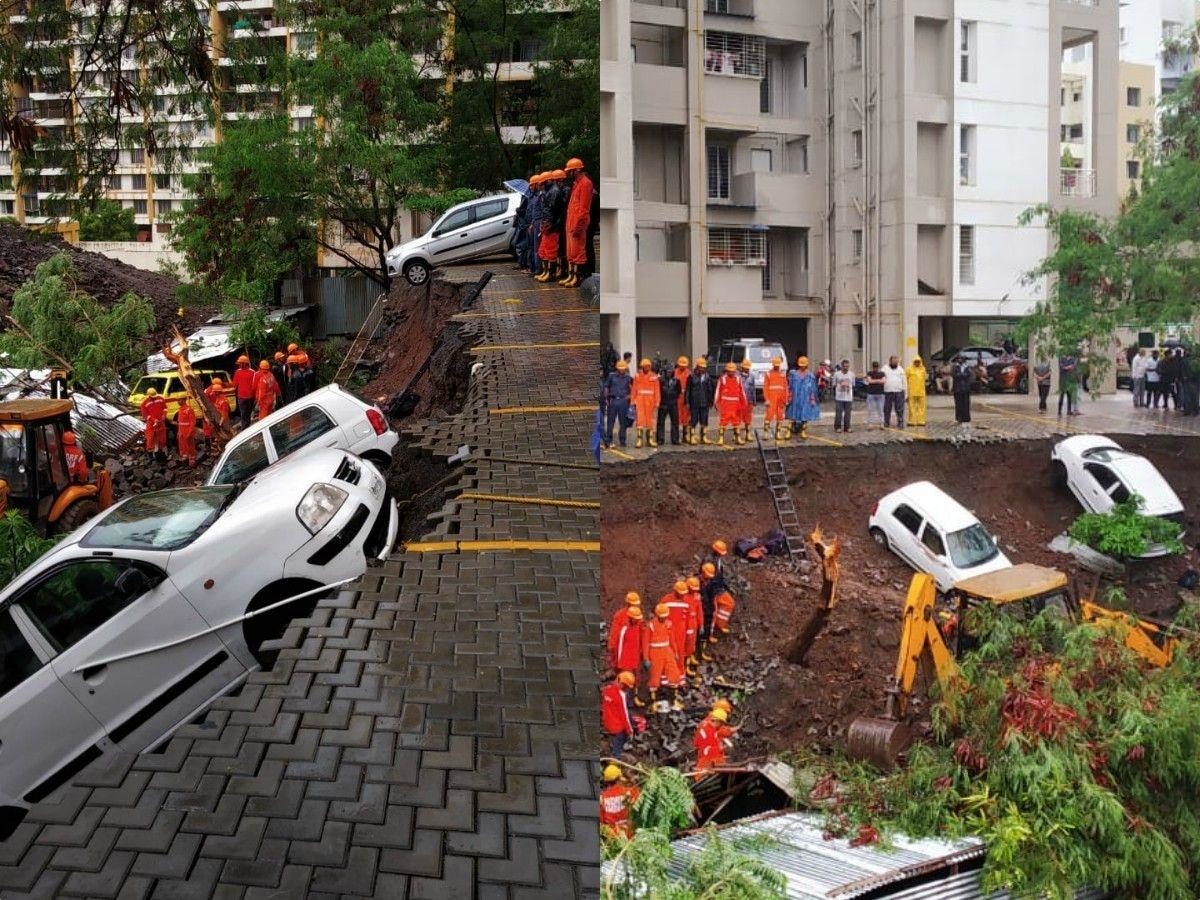 15 people have been confirmed dead and many more are feared to be trapped under after a portion of a wall of a residential building in Pune, Maharashtra collapsed.

All the victims including four children and a woman were living in temporary shelters built for labourers working in a nearby construction site. The victims were natives of either Bihar or Uttar Pradesh.

According to the police, a portion of the 12 to 15-feet-high wall collapsed between 1.30 and 1.45 am crushing the victims under it.

Those injured have been shifted to a local hospital. Rescue teams including the NDRF are continuing their search for more possible survivors.

Police had earlier said that 17 people were killed in the incident.

Dramatic visuals from the spot also showed a number of cars also trapped under the debris.

According to officials, prima facie the reason behind the collapse of the wall was the heavy rains. However, an investigation has been launched into the mishap to look into all aspects including whether the shelters which were barely 40 feet away from the residential building’s wall was illegal.

“We have ordered an inquiry into the incident and those responsible will be punished,” District Collector Naval Kishore Ram who visited the spot said.

Pune like other parts of Maharashtra received heavy rains on Friday.

Over 73.1 millimetres of rain was recorded in the city in the past 24 hours, the second highest rainfall in June since 2010.